The sinking of the car carrier Baltic Ace, as reported in the last issue, is the latest in a long line of incidents involving roll-on roll-off vessels. Equipped with built-in ramps and long tiers of decks, ro-ro ships are basically floating garages that allow vehicles to be driven on and off with ease, making loading much faster and more efficient than on ships which need cranes or shoreside equipment.

But while the advantages of ro-ros are obvious, the question is: are they safe? Some of the worst ship disasters in recent times, such as the 1987 sinking of Herald Of Free Enterprise, which claimed 193 lives, and the 1994 tragedy when Estonia sank claiming 852 lives, have involved vessels with car decks which have become flooded. Less tragic in terms of lives lost were the Cougar Ace and Tricolor sinkings, but the recent Baltic Ace incident has once again highlighted the safety problems presented by ro-ro designs. 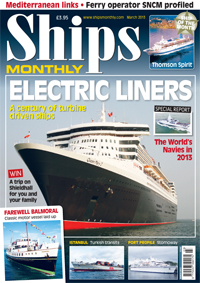 For the shipowner and operator, the ro-ro offers many advantages, the most notable of which is speed of loading. But this speed is only possible because of the open decks within the ship, and this in turn is the design’s fundamental problem. Just an inch of water on an open deck can cause serious problems with regard to stability. Coming up with the right solution to mitigate this issue is one of the major challenges naval architects face when designing such vessels.

Considering the potential disaster that could befall ro-ro ships, there must be a better way to design and build these economically important vessels that means, in the event of a disaster, they do not sink as quickly as Baltic Ace did. Can bulkheads be incorporated into the design? Would double-skinned hulls help? Should loading doors be located higher up the hull? Baltic Ace sank within a matter of minutes after colliding with the container ship CorvusJ in the North Sea, yet the container ship was not in danger of sinking, despite being badly damaged.