Attacks by Somali pirates on international shipping have reached a new high and the subject hit the national headlines during November when Prime Minister David Cameron said that merchant vessels sailing under the British flag along the coast of Somalia will be allowed to carry armed guards to ward off would-be pirates.

This response seems to be short-sighted and a knee-jerk reaction, rather than a considered view of how to overcome the problem in the long term. Letting merchant vessels carry security guards might reduce the number of successful assaults by pirates, but it is unlikely to have much impact on the number of attacks attempted. More than 30 per cent of pirates who set out from Somalia do not come back alive, so fear of death is unlikely to be an effective deterrent. Indeed, the risk of an armed solution is that all attacks will involve far greater bloodshed. 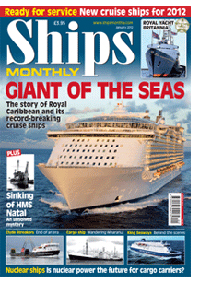 Instead of tackling the problem with guns and armed threats, it would be better if Mr Cameron tried to understand the root of the problem behind the piracy that plagues the Horn of Africa. It comes from the chaos and hopelessness that have scarred the region since the Somali state collapsed in 1991, and only by addressing the problems of Somalia itself can piracy be effectively countered. A solution that ignores the problems that Somalia has to face will not remedy matters.

Meanwhile, as the politicians talk about solutions, RFA Fort Victoria came to the rescue to save 23 seafarers whose ship had been hijacked in the Indian Ocean. The RFA oiler, together with the US frigate USS De Wert, freed the crew of the 2011-built bulk carrier Montecristo. The ship’s crew had spent 24 hours in a citadel in the engine room after 11 armed pirates boarded the ship when she was 200 miles south-east of Oman. A Royal Navy and Royal Marines boarding team intervened to help the hostages and tackle the pirates.