The film Captain Phillips should be compulsory viewing for all ship captains and, in fact, anyone interested in the maritime world. The film is an adaptation of the book A Captain’s Duty: Somali Pirates, Navy SEALs, and Dangerous Days at Sea (2010), by Stephan Talty and Captain Richard Phillips, who was master of the container ship Maersk Alabama when she was hijacked off Somalia.

Not only is the film fast-paced and well made, with outstanding performances from Tom Hanks and Barkhad Abdi, who play the container ship’s captain and the leader of the pirates respectively, but it also highlights the very real problems of piracy and how difficult it is to tackle them. For example, on a practical level, why aren’t ships made more secure so that boarding them at sea is 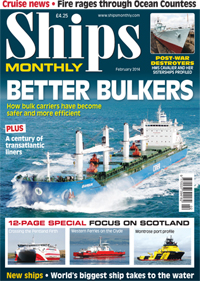 But while Captain Phillips makes for entertaining viewing in the cinema, it also raises questions about the wider implications of piracy, and the underlying causes. Even if the name of the American captain is used for the title, the depiction of the young Somalis who chase and board Maersk Alabama on the shores of their homeland shows the poverty that drives the fishermen to risk their lives in pursuit of the perceived rewards of capturing a ship and then gaining a ransom.

And while the film can be seen just as a nail-biting, fast-paced and tense thriller, on another level it is about globalisation, the business of moving cargoes round the world, and about what happens when the paths of the poor and rich intersect. Although in this instance the might of the US Navy ensures that the rich win, piracy remains a problem for the world’s shipping companies, and long-term solutions to try to eradicate it seem to be some way off.