The announcement that shipbuilding in Portsmouth is to cease with the closure of the BAE yard, and facilities on the Clyde are to be downgraded, is something of a kick in the teeth for British industry. Yet it could have been different if successive governments had guided the industry to a more sustainable future. The role of heavy industry in the UK economy has been ignored or downplayed for more than three decades, and with manufacturing seen as being relatively unimportant to the economy, the decline of industries such as shipbuilding is inevitable. 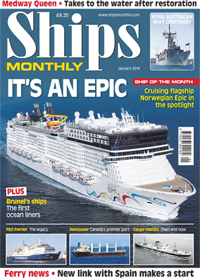 On the surface, it seems hard to understand why Britain cannot have a thriving shipbuilding industry and how the once-proud shipyards have been allowed to decline and fail. Warship building is more or less all that goes on, although the new ferry built for Western Ferries and recently launched on the Clyde shows that ship construction is not completely defunct and could, with a bit more investment, imagination and government support, be expanded. If yards in Italy, Finland and Germany can build cruise ships, why is it so difficult for ships to be built in Britain?

New ships are being built all the time, so the demand is there, but it seems the UK has given up trying to compete in this area. And this is largely because the focus by UK governments since the 1980s has been to expand the financial and service sectors at the expense of manufacturing. No long-term industrial strategy exists, and so the once-great British shipbuilding industry is – sadly – no more.