Patrick Boniface talks to Captain Brian E. Luther, Commanding Officer of the USS George H. W. Bush. Luther, a native of Connecticut, joined the US Navy in March 1986 as a Naval Aviator and was in command of the aircraft carrier when she made her maiden foreign port visit to Portsmouth in May.

Have you always wanted to be in the US Navy?When I was younger I always wanted to be an astronaut. When I was in line at a college job fair to join the Air Force, because I was told that to be an astronaut you needed to be a jet pilot, the US Navy recruiter asked me what I was doing. I said ‘standing in line to be an astronaut’, and he said ‘you’re in the wrong line.’ He said the first man in space was a naval aviator, the first man on the moon was a naval aviator, and the first Space Shuttle pilots, Robert Crippen and John Young, were both naval aviators. So I moved over to the Navy line and got to be a jet pilot, and watching the ballet on the flight deck and the team sport that is carrier aviation stole my heart.

When did you first take command?I served as commanding officer for USS Tawara’s final deployment, after which I spent time ashore, including a period on the staff of the Office of the Secretary of Defense, Comptroller as a Congressional Liaison for House and Senate Appropriations Committees. 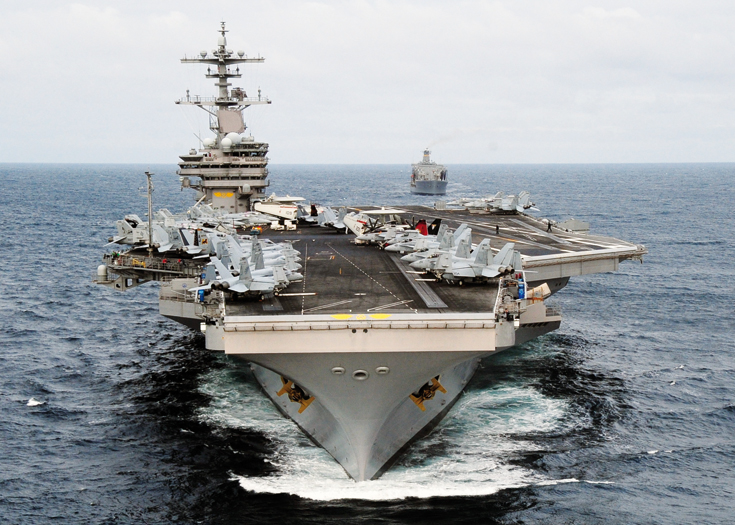 You’re now in command of one of the most powerful warships in the world. How does that feel?It’s an honour and a privilege. It was a daunting task in the beginning, but the Navy doesn’t pick you lightly and it’s a long training programme, so you’re well prepared when you get here. It’s a challenge, but one that I also enjoy immensely.

Do you think you’ll ever get to go into space as an astronaut?Instead of sailing among an ocean of stars, I am sailing under an oceanof stars.