The Canadian Warship HMCS Athabaskan called into Portsmouth for repairs on 7 October 2015 after a lubrication oil failure in the starboard cruise engine.

The vessel was travelling across the Atlantic Ocean to take part in two multinational military exercises Joint Warrior and Trident Juncture. A mobile repair team flew to the UK to replace the engine, that will take about a week to complete.

The repairs are being made even though HMCS Athabaskan could safely remain at sea using its three remaining engines. However, it was determined that the repairs were to be carried out immediately to allow the ship to maintain its most economical modes of propulsion while also ensuring optimal engine redundancy.

HMCS Athabaskan made headlines less than a week before departing for the NATO exercises after an engine room fire.

A few months earlier, the 43-year-old vessel had to be called back to Halifax from deployment because of serious engine problems.

This is not the first time a Canadian naval ship required an engine replacement while overseas. Similar repairs were made to HMCS Toronto while the frigate was docked in Dubai in 2013 after one of its three main propulsion engines needed to be replaced. 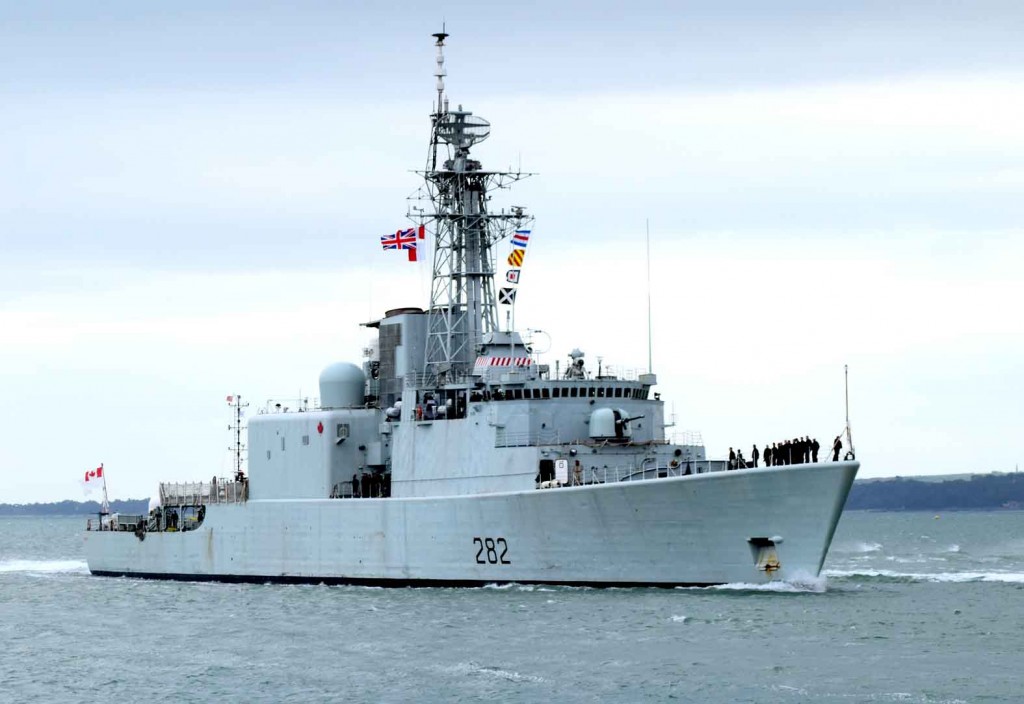