Celestyal Cruises announced on 1 December 2015 it has completed the installation of 43 new balconies on Celestyal Crystal as part of a significant refurbishment programme across its fleet.

The fitting of the balconies was completed in the Athens’ port Piraeus ahead of the start of Celestyal Crystal’s season sailing around Cuba, which commences on 18 December 2015. All of the balconies were installed over a period of 20 days in tandem with other hotel upgrades and the completion of technical maintenance.

Following the refurbishment, Celestyal Crystal has 43 balcony junior suites, eight balcony suites and two imperial balcony suites: in total 53 of her suites now have balconies. Each balcony extends 1.4 meters from the ship’s bulkhead; the length of each balcony is between 2.8 meters and 5.8 meters.

Celestyal Cruises has invested €20 million on overall upgrade programmes across its fleet in 2015. Other work includes the refurbishment of 21 junior suites, nine suites and the remaining 227 outside cabins on Celestyal Olympia, as well as a number of upgrades to the public areas. 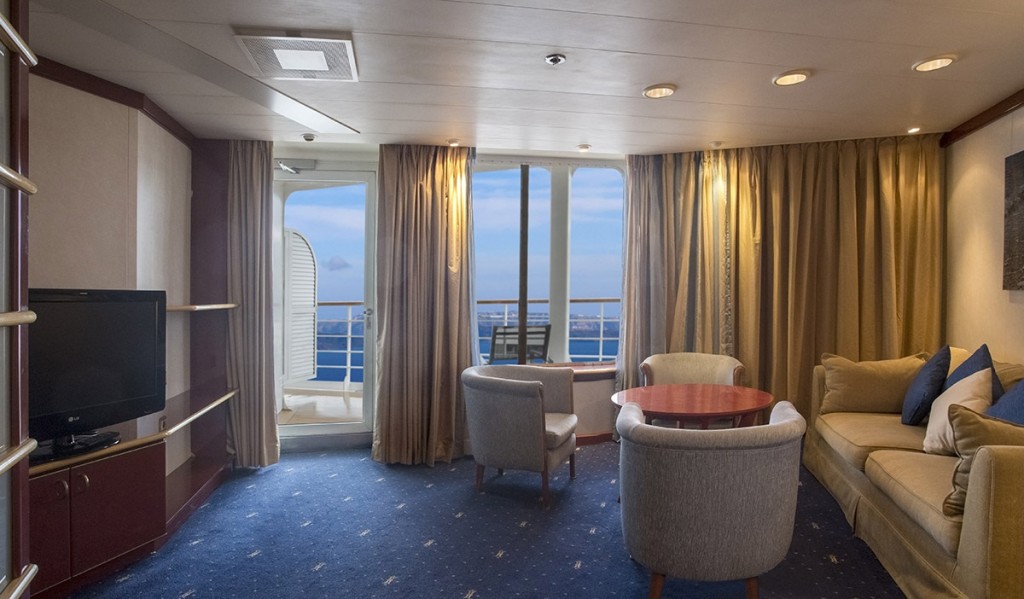