Launched in 1964 as Aleksandr Pushkin, she was in for her 10th special survey and general maintenance and refurbishment. The project took around five weeks to complete.

Marco Polo had a full schedule of works during her time at DSV. These included an exterior repainting, interior repairs and maintenance to bring her back up to her usual high standards.

Other actions included work on the propellers and propeller shafts, reconditioning the bearings on the main engines and servicing the air-conditioning units and gensets. The life-rafts and other safety equipment were also removed and serviced, the cranes and winches overhauled and various minor steel works performed.

Carlos de Vliegere, Sales Manager area Greece at Damen Shiprepair & Conversion states that Athens based Global Maritime and DSV have been working closely since 2013. “Both Marco Polo and her sistership Astor have been coming to Vlissingen regularly to dry dock and undergo inspections and maintenance.”

Marco Polo arrived at Damen Shiprepair Vlissingen on 3 November and departed on the 14 December 2015. 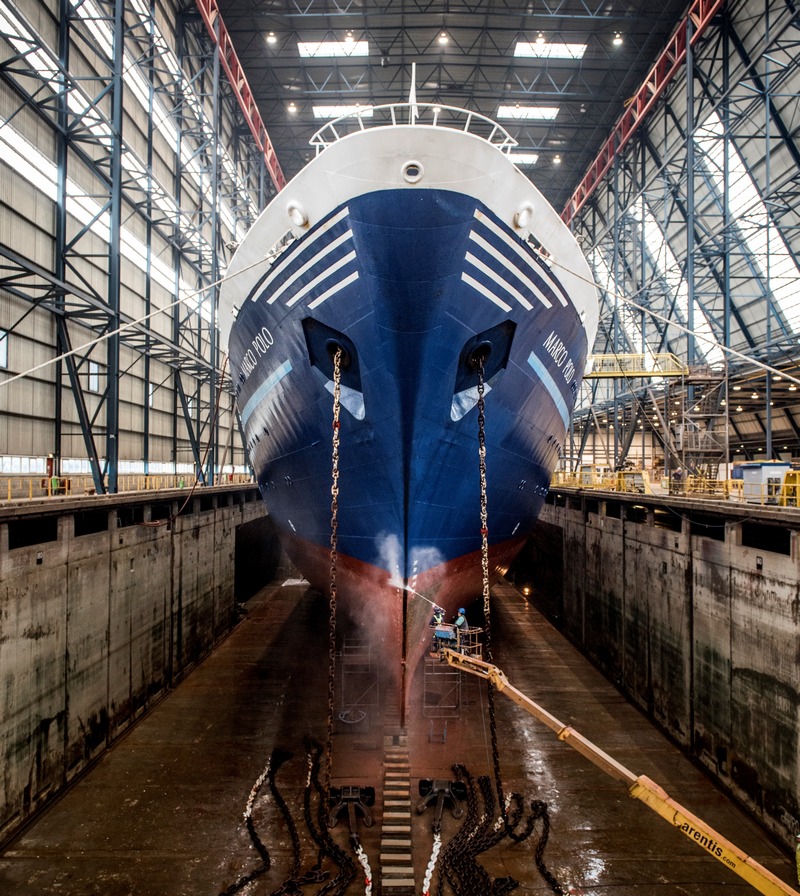