On 4 February 2016 the South African Navy took delivery of a second South African-built Damen ATD Tug 2909 at the naval base in Simon’s Town. Escorted by SA Navy’s existing six tugs, Inyathi was welcomed into the naval fleet with a traditional sail past.

The two new tugs will be deployed for towing, mooring and fire-fighting operations for the South African Navy’s current and future fleet of vessels under all-weather, heavy sea, restricted visibility, day and night conditions within the confines of the Southern African ports and in coastal waters.

The robust and proven ATD Tug 2909 design has excellent manoeuvrability, high indirect towing forces and great stability. Compact and powerful, the ATD Tug 2909 have a bollard pull of 43 tonnes, a length of 29m, a beam of 9.98m, a maximum speed of 13.2 knots. They were further outfitted with SA Navy equipment to ensure equipment duplication and maintenance saving. 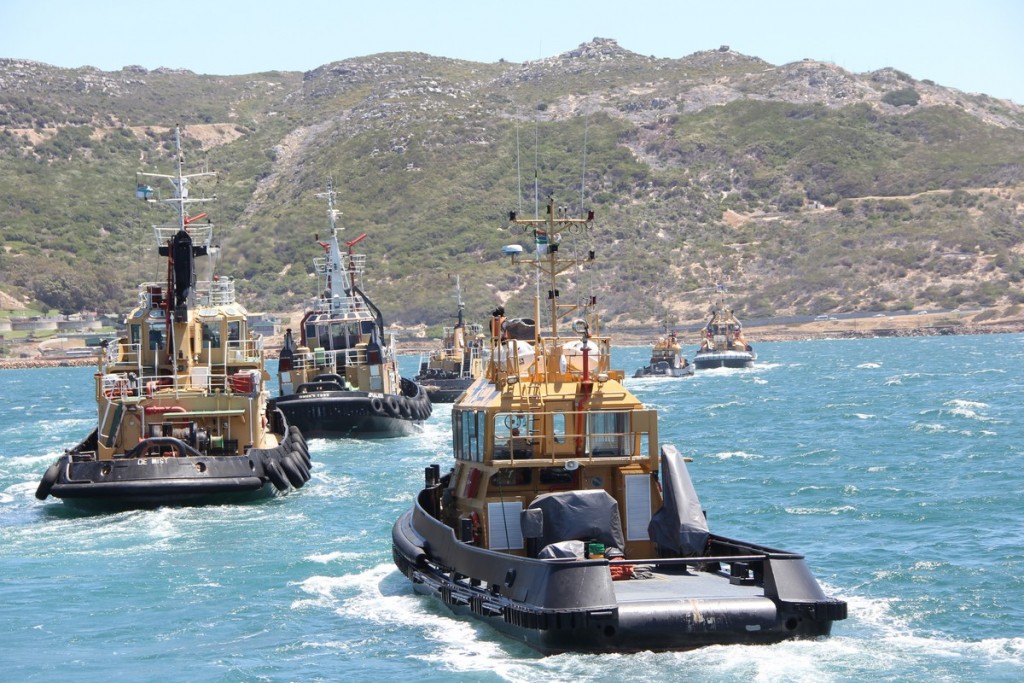 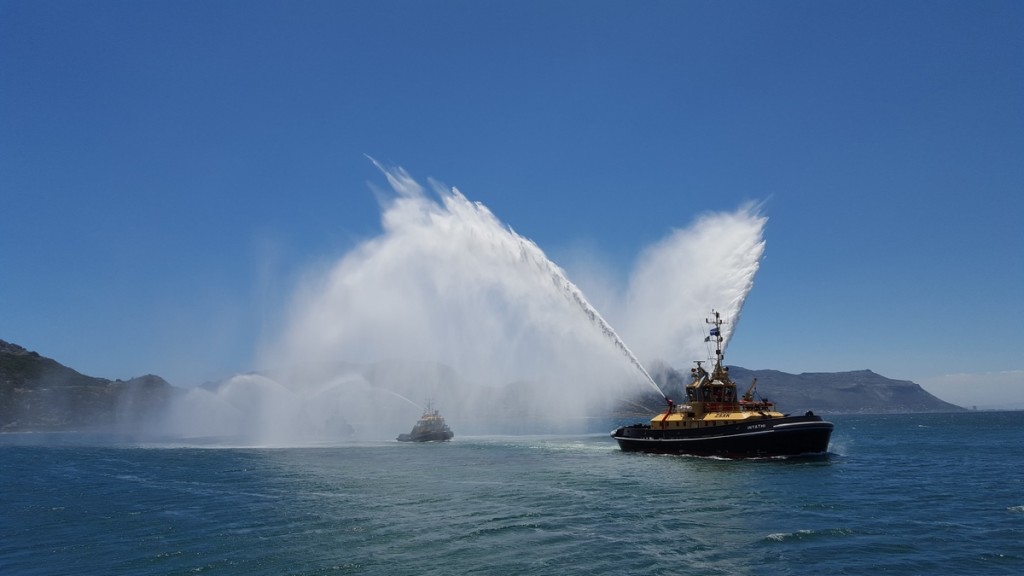