On 20 January 2016 Corima, part of the Italy-based Gesmar Group, held an official handover ceremony for a Damen ASD 2810 tug. The festivities were attended by invited guests that included representatives from Ancona’s port and city authorities.

The family-owned Gesmar Group is the largest towage operator in the Adriatic Sea. The Group’s scope of activities reach to providing harbour assistance duties at eightItalian ports in addition to towing, escorting and offshore towage, safety and FiFi duties at a several offshore oil terminals.

Following the on-time and on-budget delivery in November 2015, Corima has mobilised the new 28.67m tug, called Musone, in the Port of Ancona, where it provides support services for two oil terminals and one SPM (Safe Point Mooring buoy) for large tankers, operated by API Refinery.

Musone represents an important investment for the area and will contribute to the local economy of the Ancona. In addition to its role in the oil industry, the Port of Ancona also handles significant numbers of containers and dry bulk cargo. It is also an important location for the ferry and cruise industries.

Damen’s ASD 2810 is a versatile design: one that is suited to harbour-based duties as well as operations in open water. The vessel’s twin Caterpillar engines deliver 1,865 kW resulting in a 60-tonne bollard pull.

Since her delivery, Musone has been operational at both the Port of Ancona and the oil terminal, Mr Vitiello goes on to say. “The feedback I have received from our tugmasters has been very positive. They have many years’ experience on a Damen 3110 so they have good criteria whencomparing these tugs. They have found Musone much faster and more responsive during manoeuvring.” 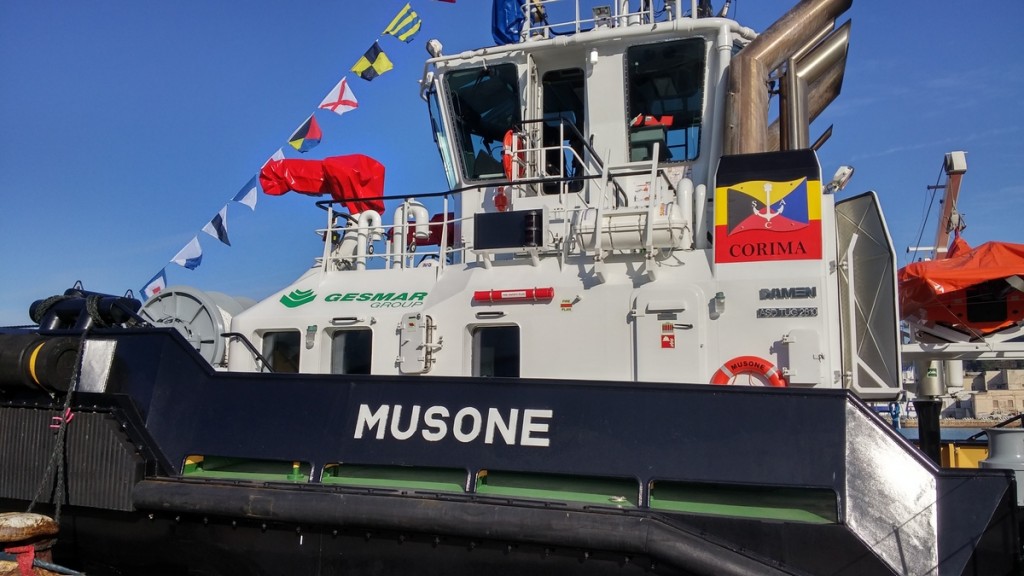 Harmony of the Seas: behind the Scenes photos