Catamaran HSS Discovery (pictured below) reached Aliaga, the Turkish shipbreaking centre, on 26 July following a transatlantic tow from Caracas Bay in the Netherlands Antilles by the tug Amber II, which then took its charge the length of the Mediterranean.

It followed sale of the 1996-built craft, which served the Harwich-Hook of Holland route as Stena Discovery from June 1997 until withdrawn on 4 January 2007. She was laid up in Belfast for more than two years until she was sold to Venezuelan interests, arriving in La Guaira in 2009, but she never saw any service.

Stena Discovery was the third of Stena’s HSS series of 1,500-passenger/375-car ferries powered by General Electric gas turbines giving a speed of 40 knots. Stena Voyager, from the Belfast-Stranraer link, was withdrawn late in 2011 and broken up in Sweden last year.

The Holyhead-Dun Laoghaire route’s Stena Explorer (pictured above) has seen no service since the autumn of 2014. 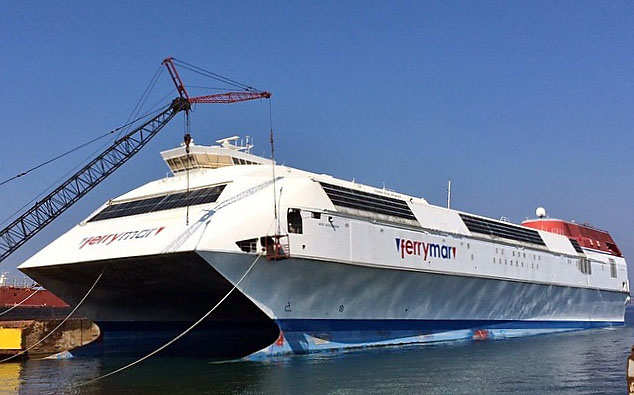