Lottery backing for Maid of the Loch

The Loch Lomond paddle steamer Maid of the Loch at Balloch has recently received Heritage Lottery Fund support for the restoration project.

Phil Preston, chairman of the Lomond Steamship Company, the charity that owns the vessel commented: ‘This has been a 20-year cause, during which time we have raised and reinvested over £1.9 million and committed over 80,000 hours to restoring the ship. With this promise of £3.8 million from HLF, we now need to do the hard work of raising the other £1.7 million.’

Following the restoration work, which is planned to start in 2016, the ship will meet the latest marine safety standards, and be fitted with a lift to enable access for all. All being well, it is anticipated that Maid of the Loch will sail again in 2018.

Built in 1953 and assembled on the lakeside at Balloch, Maid of the Loch offered summer Loch Lomond sailings until summer 1981. RP 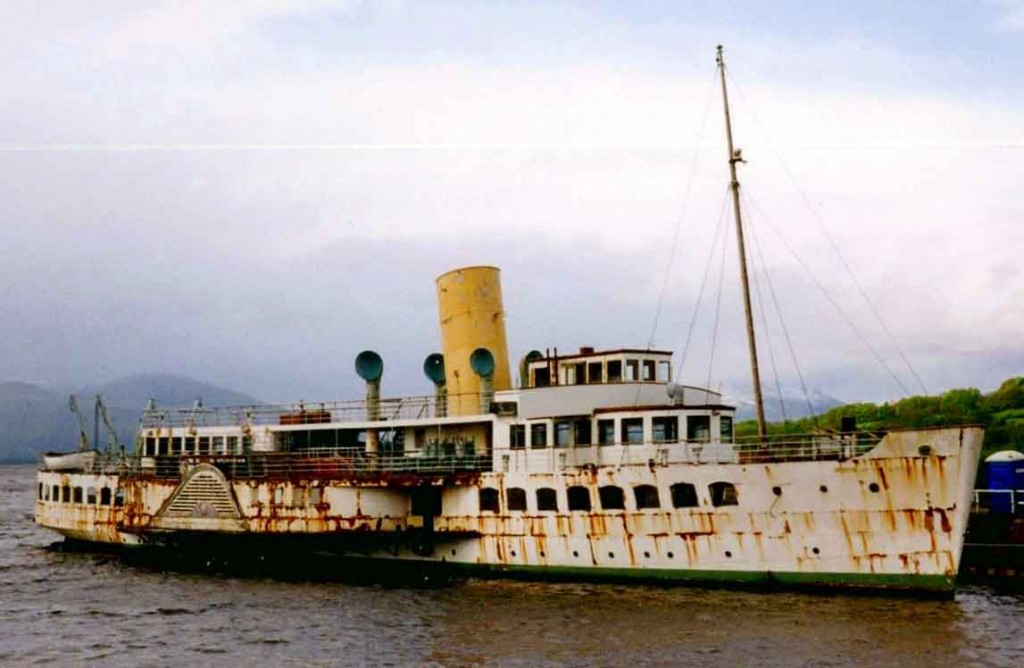