P&O Repasa, a new company formed last year by the acquisition of the majority of the shares in Spanish towage firm Repasa by P&O Maritime, has taken delivery of one Damen Fast Crew Supplier 5009.

The vessel will be operated from Malabo on Bioko Island, Equatorial Guinea. Named Red Eagle, she will ferry personnel and equipment, and supply drinking water and fuel, to offshore rigs and platforms.

Built for stock at Damen’s partner Song Thu Shipyard in Vietnam, shortly after the contract was signed the 50m FCS 5009 was moved to Damen Shipyards Singapore, where she was customised to meet P&O Repasa’s specific needs.

Special features have been added, such as FiFi1, a hydraulic crane and reefer plugs. Furthermore, a fast rescue craft has been mounted on a davit for rapid launch and recovery along with transfer pumps for the supply of fuel and drinking water.

While the FCS 5009 class can take up to 80 personnel, Red Eagle has been configured for 50.

Following the works in Singapore, she sailed 7,000 nm non-stop across the Indian Ocean to Damen Shipyards Cape Town on her own hull in 20 days, where she had a short bunker stop and underwent final preparations before sailing the final 2,400 nm to Bioko Island to begin work immediately.

The design of the FCS 5009 is ideal for operations in the Gulf of Guinea where sea conditions can vary from long, slow swells to a short chop. The Damen Sea-Axe Bow copes admirably with both, allowing the FCS 5009 to operate at its cruising speed of around 23 knots for much of the time. 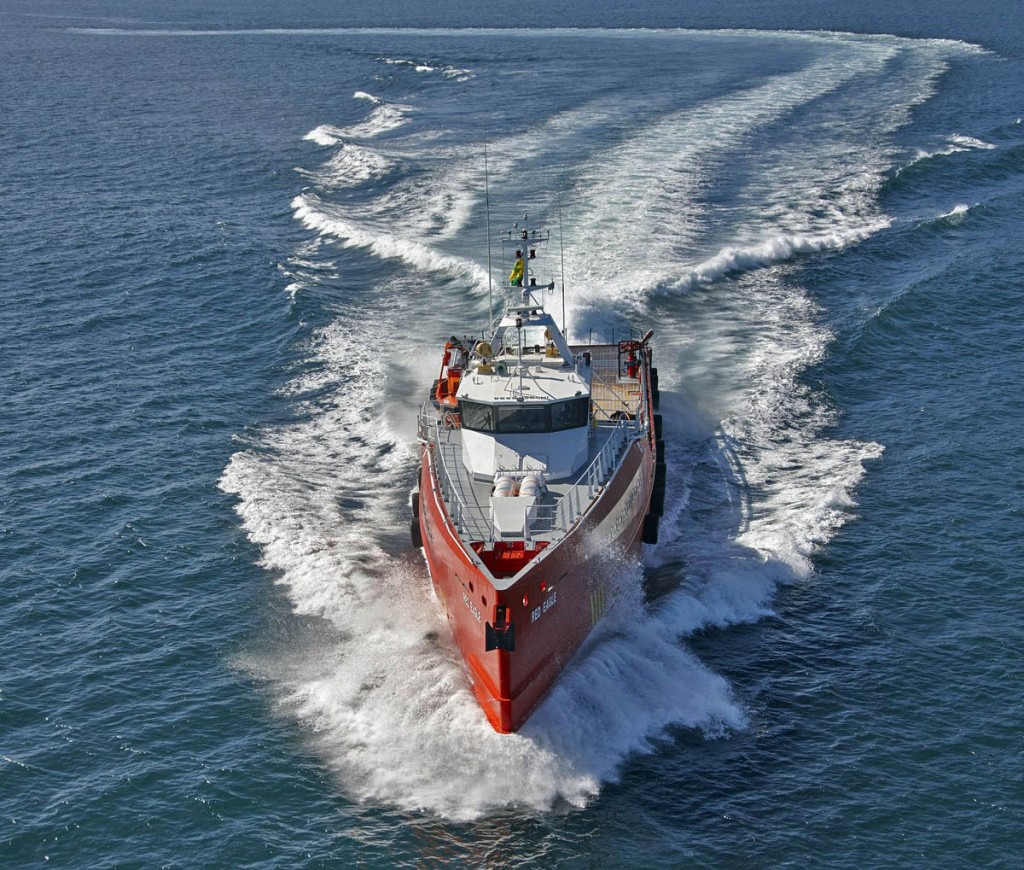 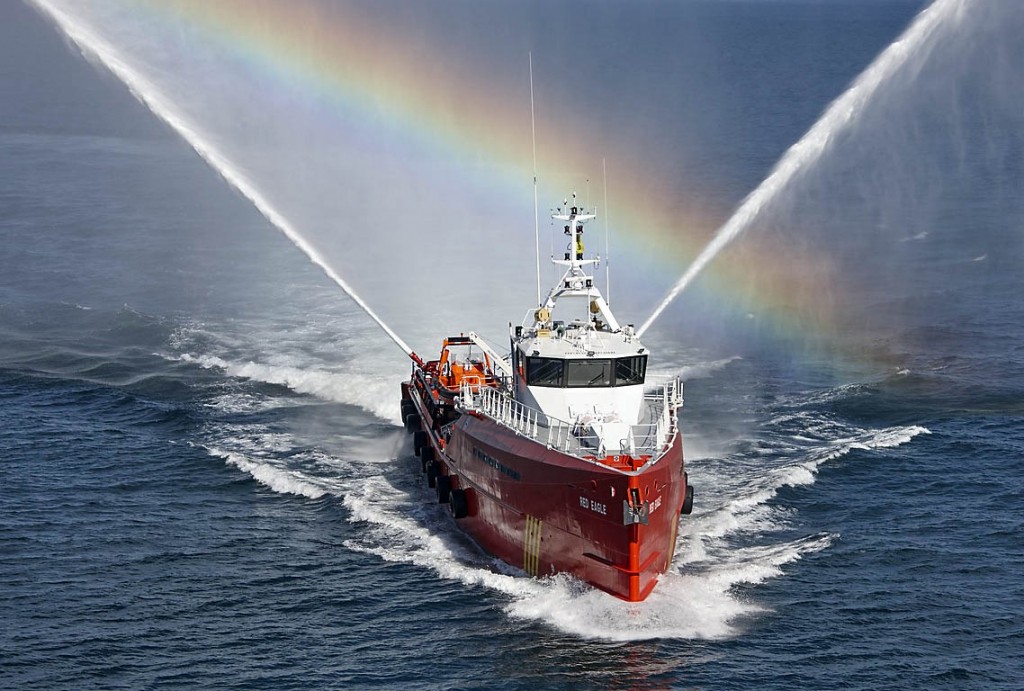