As the Diamond Jubilee Pageant on the Thames approaches, it is an appropriate time to take stock of other anniversaries which are being celebrated this year, apart from the Titanic centenary. P&O are marking 175 years of shipping and have scheduled seven of their cruise ships to leave Southampton on the same day – 3 July – and this promises to be a spectacular affair. So this month we have a history of P&O, looking back at some of the famous ships they have built and operated.

Another anniversary being marked in this issue is that of ferry company TT-Line, which has been operating for half a century. The company has won awards for its environmentally-friendly ships, and also has some interesting UK connections. For more than 50 years, TT-Line and its fleet have provided high standards in the ferry sector, and all is covered in our company profile. 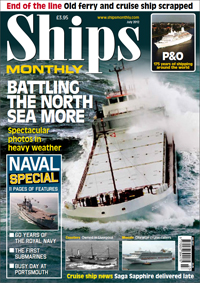 Yet another anniversary marks 30 years since the Falklands War, and in a forthcoming issue we will have a detailed account of the ships that made up the 1982 Task Force. But this issue looks back at 60 years of the Royal Navy as part of a Naval Special. Considering how the RN’s fleet has declined in numbers since 1952, when Queen Elizabeth II came to the throne, the former First Sea Lord Sir Alan West recently said that the ability of the Navy to mount a task force similar to that which re-took the Falklands must be open to question.

Many argue that the role of the Navy has been downgraded as the fleet has shrunk in size, while those in charge of the service say that fewer ships does not equate to a less effective service. Maybe the time has come to question what exactly the role of the Royal Navy should be, and take stock of Britain’s role in the world – do we really need to get involved in conflicts overseas that have no real impact on British lives? 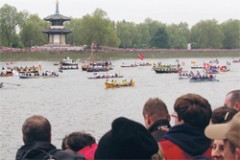