Following the widely reported Costa Concordia incident, and the Rena grounding, shipping accidents and incidents seem to be making the news with increasing regularity. And in the news pages of this issue we report on several incidents around the UK, some of which gained considerable publicity at the time. But while the bad weather has caught out a number of ships, such as the motor vessel Carrier off the north Wales coast, others have suffered, somewhat surprisingly, due to the very dry weather causing river levels to run low, thus preventing access to certain ports. 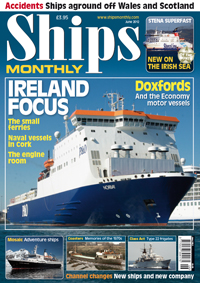 Looking ahead, the forthcoming Jubilee Pageant on the river Thames in early June promises to be an incredible spectacle, when a multitude of vessels will gather to celebrate 60 years of HM Queen Elizabeth II on the throne. Dunkirk Little Ships, working boats, steam vessels and tugs will be among hundreds of craft present, so let’s hope the river doesn’t run dry for what should be a major event!

And with the summer season almost upon us, I have no hesitation in suggesting to readers that a trip to Ireland is very worthwhile. Sadly, you can no longer use the excellent and convenient Swansea-Cork route, but other routes to the Republic offer passengers the chance to enjoy well-managed and well-run ships, such as Stena’s new North Channel vessels. Once in Ireland, you can travel on the small estuary ferries which are featured in this month’s Focus on Ireland. 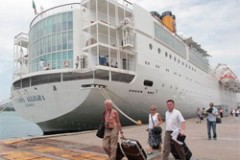 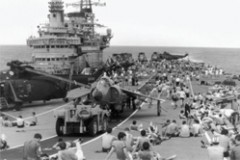