This month we are featuring several new ships, but perhaps we should be remembering the old ones. We have details of the latest new cruise ships coming out of the shipyards as cruise companies continue to order more and larger ships, as well as reports on technological advances, such as the world’s first ethane-powered ship. But as the industry understandably looks to the future, the historic warship HMS Plymouth goes to the scrapyard, raising the question: are we forgetting our maritime heritage? 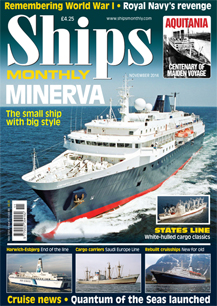 While the nation commemorates the centenary of World War I, it is a fitting time to remember historic ships. The problems of funding for HMS Plymouth, which ultimately led to her being towed to Turkey, where she will be broken up, are familiar among preservation groups around the country. Having served in the Falklands in 1982, she was later opened to the public, but the costs of continuing this and maintaining the ship were prohibitive, so sadly this historic ship is no more.

However, there is good news in other quarters, as efforts are being made to get Balmoral back into service, and the lighthouse tender FIngal, latterly Windsor Castle, is to be given a new lease of life in Leith. But perhaps we should look abroad to Tallinn, where the preserved icebreaker Suur Tõll can be seen at the Estonian Maritime Museum. This historic craft, which is celebrating her centenary, has been well preserved, is open to the public to enjoy, and is surely a good example of what can be done in the way of ship preservation. 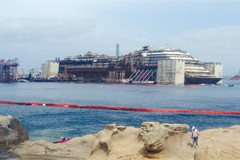