The articles we have this month represent something of a contrast. The feature on liquid natural gas (LNG)-powered ships looks to the future, and examines how this new fuel is being used in the modern shipping industry. Considering the amount of pollution emitted from conventionally powered ships, it is not surprising that LNG as a marine fuel is being considered by more and more operators, with work recently getting under way on the first LNG-powered containership in the world at the General Dynamics NASSCO shipyard in San Diego, California. 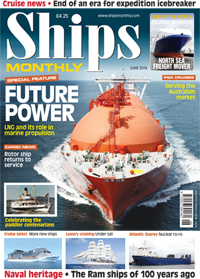 At the opposite end of the spectrum, we have a feature covering some of the many paddlers in and around Europe that are over 100 years old. It is extraordinary that there are now no fewer than 34 paddlers still in service that are more than 100 years old. Those groups in Switzerland, Germany, Austria and Norway who have worked to preserve these vessels are to be congratulated on their foresight so that these classic vessels can still be enjoyed well into the 21st century.

And finally, we take a look at the cruising industry past and present, with a feature on the role P&O Cruises have played in the development of the Australian cruise market, which continues to grow, and the ships operated ‘down under’. This is supplemented by a look at the impressive sailing cruise ships, which offer their passengers something a little different while also being graceful and elegant in their outward appearance. 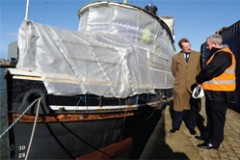