This month we feature the massive new container ship CMA CGM Marco Polo as the Ship of the Month, and the sheer scale of the vessel can be appreciated from the behind-the-scenes photos in the article. The ship’s statistics make extraordinary reading: measuring 396m in length, Marco Polo is claimed to be the biggest man-made object ever to have moved. Shipping companies are always rather coy about stating exactly how many containers their ships can carry, but it is claimed Marco Polo can handle up to 16,000TEU. And it made me wonder: how much bigger will container ships get? 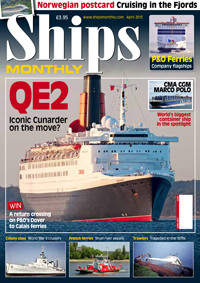 measure 400m by 59m in size, making them slightly bigger than the CMA CGM giants, and it is claimed they have capacity for 18,000TEU.

Building ferries as large as possible for the ports from which they operate makes sense from an economies of scale point of view, as does building large container ships. Operators are keen to make ships as big as possible to take advantage of the economies of scale because the greater the capacity of a ship, the lower the cost per TEU, and so there has been a strong trend to build ships ever bigger.

Restrictions on ship size come from the ports at which they call, where factors that affect the ability to handle the largest vessels include the need for larger cranes, more land for container operations and better transport links inland from the ports, all of which may act as diseconomies of scale that can prevent port authorities and terminal operators from welcoming the new giants of the seas. But we will no doubt soon find out whether any operators plan to build even bigger ships. 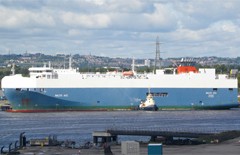 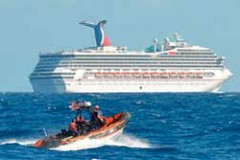