The number of new container ships entering service recently has been considerable, and every month brings a spate of new boxboats calling at Southampton. This month is no exception, with two massive new boxboat giants calling at the port for the first time (see page 8). Meanwhile, the naming of the first of Maersk’s Triple-E class container ships was a significant milestone. The Maersk Triple-E ships are as big as container companies have so far planned to go, but in the shipping industry there is talk of a class of ship that would avoid the Suez canal and pass through the Strait of Malacca, and be capable of carrying 30,000 containers. Is this possible?

Even bigger ships will bring greater capacity to an industry that is probably reaching its limits, and the recent alliance between the three largest boxboat operators (see page 7) suggests that a rationalisation of capacity is in the pipeline. One wonders how many more products there are which need to be moved between China and Europe. 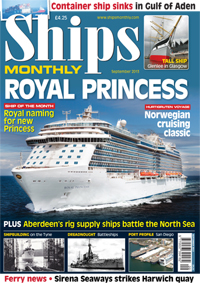 But with the dramatic sinking of MOL Comfort in June (see page 7), questions over the safety of container ships must be raised. What could possibly have gone wrong on this ship? She was a relatively common 4,500TEU containership, built by Mitsubishi Heavy Industries and classed by ClassNK just five years ago, but broke her back in heavy seas. This incident has certainly raised some major questions about container ship safety.

Finally, you will have noticed that the price of Ships Monthly has increased with this issue. We have managed to avoid an increase for over three years and hope to avoid increasing the price again for a long time. But the cover price increase has not yet been matched with a similar subscriptions price increase, so by subscribing (see the subscription offer on page 42) you will receive every issue of Ships Monthly direct to your door at an attractive discount off the shop price. In addition, you might consider subscribing to Ships Monthly digitally – the same great magazine, but at a substantially lower price. Go to pocketmags.com to find out more. 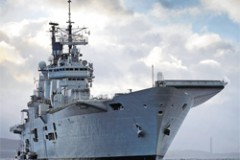 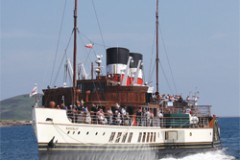