The new Channel Islands ferry Condor Liberation entered service on 27 March and I was fortunate enough to be on the first passenger sailing from Poole to Guernsey. The new vessel had been running trials during the previous weeks out of both Poole and the Channel Islands. No fast craft had been in service for the days prior to the crossing, and so Condor Liberation was more or less full. But despite the number of people on board, I found her passenger deck to be comfortable. 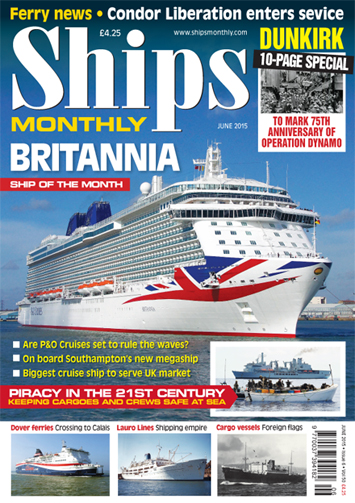 Although she arrived a little late into Guernsey, her entry into service made it onto TV news bulletins in the evening. However, the following day she made the news for the wrong reasons after she hit the harbour wall while being manoeuvred as she arrived at St Peter Port, resulting in damage which led to her going to Poole for repairs several days of sailings being cancelled. Bad weather had also resulted in her sailings to be cancelled, but let’s hope that when the damage is repaired and operations have become practised, Liberation does provide a reliable service.

The new ferry is named to mark the liberation of the Channel Islands from the Nazis 70 years ago, and also chimes with the forthcoming 75th anniversary of Operation Dynamo and the evacuation of the British Expeditionary Force from Dunkirk. This famous event is remembered in our special ten-page feature starting on page 30. And the gathering of the Dunkirk Little Ships at the end of May promises to be one of the biggest and best. 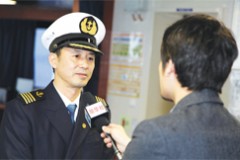 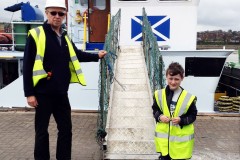