In September one of the various ‘Ship of the year’ awards was won by ZeroCat 120, the first battery-driven car ferry in the world. The award was presented in Hamburg to the owners of the vessel, Norled and Fjellstrand Yard. As Ships Monthly keeps you up to date with the latest developments in the shipping and maritime world, when looking back at the latest advances in ship technology, including this innovative new design, it made me consider what will be the next new idea in the shipping world? And what will ships and vessels look like in five or ten years’ time? 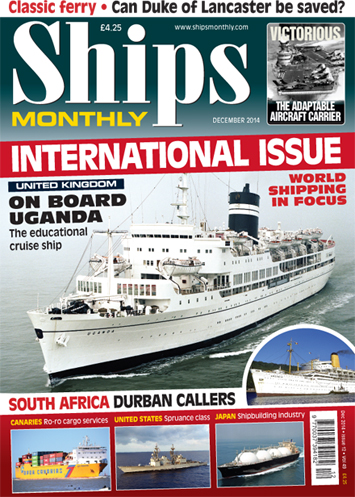 Advances in technology are being made all the time, and in recent years new LNG powered ferries have come into service, while other ways to improve fuel efficiency, such new propellers and more streamlined hulls, have been developed. No longer is speed so important, as it was when the first fast ferries were built. Instead, the emphasis is on fuel efficiency and emissions reductions, and ever larger sips to reduce the unit cost of cargo.

The new electric car ferry, capable of carrying 120 cars and 360 passengers, has a propulsion system which provides the lowest possible energy consumption during fjord crossings while ensuring safe low-speed manoeuvring near piers. The hull design allows for a larger propeller diameter than usually found in a double-ended ferry, meaning better propulsion efficiency for less power.

So with this new electric ferry, and designs proposed for a new crewless electric cargo vessel, described on page 16, is electric power the future of marine propulsion? 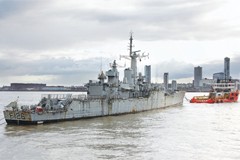