The events to mark the 70th anniversary of the Battle of the Atlantic in May will have reminded many readers, and the nation as a whole, of the sacrifices made by British seamen during World War II. Yet just a few days later came the sad sight of the one-time Royal Navy flagship, the former HMS Ark Royal, being towed out of Portsmouth and off to the breakers, an event which was watched not just by hundreds lining Portsmouth harbour, but also made the national headlines.So, as defence cuts bite, it poses the questions: what future is there for the Royal Navy? And how should the navy operate in a world where conflicts are uncertain and unpredictable? In fact, does it have a role to play at all? In this issue we have a series of naval articles, as well as the regular Naval news column, which cover all aspects of naval warfare, with an exclusive feature on the future of the navy as well as a look back at naval heroism just after World War I and a reminder of the U-boat menace. 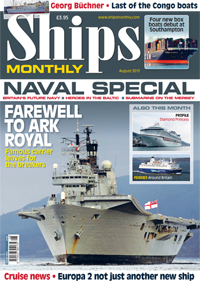 The demise of Ark Royal amid the backdrop of the 2010 Strategic Defence and Security Review has caused outrage in military and naval circles. But can the cost of maintaining these ships be justified in the current economic climate? Although two new carriers are being built in Scotland, by the time they enter service what role will they play? And if Britain believes aircraft carriers are needed, why doesn’t, for example, Germany? It seems there are too many questions about the navy’s future, and not enough answers.

Meanwhile, a petition has been launched to bring the former HMS Edinburgh, recently decommissioned, back to her namesake city to be a floating museum berthed next to the Royal Yacht Britannia at Leith. So maybe the best hope for many of the Navy’s redundant ships is that they become museum pieces and relics of a bygone era of naval warfare. 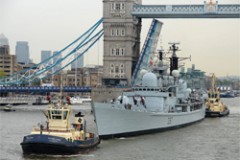 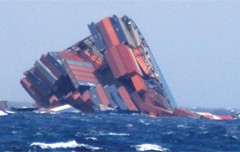