In late October 2014 the new RCI cruise ship Quantum of the Seas made her debut at Southampton, watched by hundreds of people who turned out despite the gloomy weather. She has plenty of new features to keep her passengers amused, entertained and relaxed, and is described by Royal Caribbean as the ‘first ever smart ship and most technologically advanced cruise ship in the world’.

The ship boasts robot bartenders, indoor skydiving, Jamie’s Italian restaurant and ‘North Star’, a capsule which ascends 300ft above sea level. Designed for those who have never cruised before, Quantum also offers ‘a stellar entertainment programme that takes guests on a 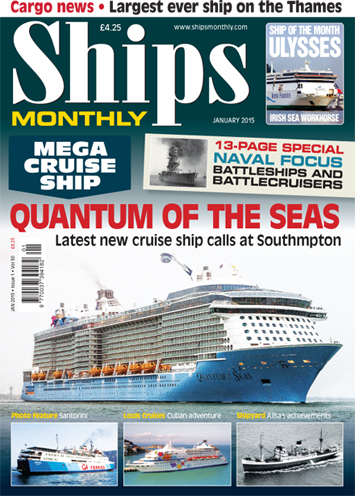 journey of music, sound and performance’, which will, according to the publicity material, ‘keep guests on the edge of their seats’.

So what next for cruise ships? I am not sure what a smart ship is, but RCI will no doubt ensure their future newbuilds are ‘smart’. And other operators will surely follow, as reliable Internet access becomes a normal part of the passenger experience. But are features such as North Star a gimmick? We’ve had an ice bar, an ice rink, cinemas, dodgems and climbing walls on cruise ships, so what can the cruise companies possibly up with come next?

While we cover Quantum of the Seas in the news pages, we would have provided a more detailed feature had we been given access to the ship by RCI. But, for some reason, media such as Ships Monthly did not get invited on board the ship during her stop in the Solent, and so our regular cruise reviewers were unable to acquire the firsthand experiences necessary for such a feature. 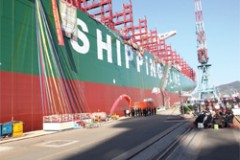