The Royal Navy’s fleet flagship, the amphibious assault ship HMS Bulwark, arrived in London on 29 May for a five-day visit, during which Patrick Boniface met her commanding officer, Captain Dean Bassett, to discuss his career, his ship and the fleet flagship’s simulated amphibious assault on Southsea beach to mark the 70th anniversary of D-Day in Normandy on 6 June.

What got you interested in a career in the Royal Navy?I was interested in all three services and decided when doing my A levels that the Royal Navy was the right one for me. I joined in 1991 aged 18 and went through Dartmouth, and then read a degree at University before joining my first ship in 1995. I decided to join the Navy just as we were reducing recruiting, and I was keen to get a degree as part of my naval career because to become a PWO or a Captain of a ship you must do a course beforehand. The advanced staff course is an enjoyable nine months of learning prior to going onto the second stage of your career.

What was your first ship?My first ship was HMS Bristol, which is still in one piece at Whale Island as a cadet training ship. After that I went through a series of ships in quick order as part of my training, including HMS Dulverton, HMS Alacrity and HMS Dumbarton Castle. 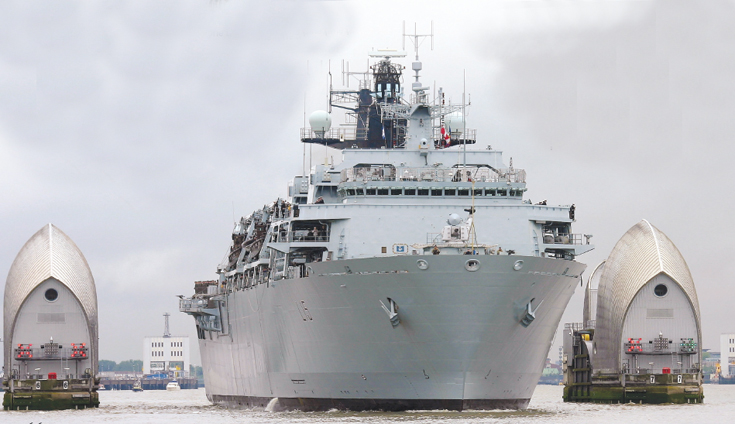 When did you first take command and what does it actually feel like?My first command was HMS Dasher, a P2000 patrol boat, based at Portsmouth in 1999. Taking her on for the first time was a little like passing a driving test and sitting in the car on your own – you look to your left and there’s no one there to tell you what to do. It causes a bit of apprehension, but actually feels really good. After HMS Dasher I went to be the flag lieutenant of the First Sea Lord under Admiral West, and then onto a bridge warfare officers’ course before taking over as the Principal Warfare Officer on HMS Cumberland. After that I joined the Permanent Joint Headquarters in Northwood as a staff officer. During that period I served in Iraq and Africa and many other places – something like 22 countries in 24 months.

Were you hankering to go back to sea?Yes and it happened straight after as second-in-command of the frigate HMS Iron Duke. We were deployed to the Caribbean and undertook numerous drugs busts while also entertaining Prince William on board for much of his naval training.

You’re now in charge of the Royal Navy’s flagship, HMS Bulwark. What extra responsibilities does that involve?I have to say it is an absolute honour and privilege to be in command of the fleet flagship. That alone makes 23 years in the Royal Navy worthwhile. The ship is a command and control platform, primarily commander UK Task Group. When the Royal Marines are embarked I act as the Commodore’s Flag Captain. With that comes an extra layer of responsibility that takes me away from pure ship command, which also means that I can hand over certain responsibilities to my second-in-command, which he probably would not get on other ships. I am in my mind the commander of the Fleet Commanders Flagship, which takes a certain amount of responsibility and privilege as well.

HMS Albion and HMS Bulwark have sometimes been compared to Thunderbird 2 insofar as they can take on a wide variety of tasks, roles and packages. Do you see anything in this analogy?They are multi-utility vessels; you are able to conduct command and control of maritime forces and land forces. We can conduct command and control of peace support operations, humanitarian relief operations, we can get Royal Marines ashore in numbers using landing craft, of which we carry eight in total, and have the ability to land Royal Marines from the air. We take two Chinocks, two Sea Kings and Lynx helicopters. I can see why some people might make the comparison with Thunderbird Two. 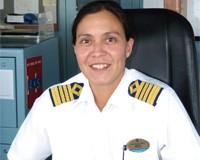