Captain Oliver Kruess talked to Ted Scull about his career at sea and what it is like to navigate the small cruise ship Explorer around Svalbard (Spitsbergen) and inArctic and Antarctic waters.

How did you come to pursue a career at sea?I was born in Heligoland, an archipelago in the North Sea several hours by ship off the coast of Germany. My family had no connection with ships, but I wanted to do something exciting. I went to gymnasium (high school) on the mainland and then applied for to Hapag Lloyd for an apprenticeship, spending three years at the maritime academy.

What was your first ship?In 1988, at the age of 26, I had my mate’s licence and joined a German company with an all-German crew that operated specialised ships built in the 1970s that carried 12 barges from Europe to West Africa. The ports were so congested that ships might spend weeks waiting for a berth, so we submerged the ship to float the barges off, and sailed to ports such as Takoradi, Conakry and Port Harcourt, and inland up rivers.

How did your career progress from there?From 1989 to 1991 I worked aboard a cargo ship carrying 500 containers as navigating officer and cargo officer, then in January 1991 I went to work for Society Expeditions as navigating officer aboard World Discoverer. I was aboard when the ship hit an uncharted reef in the Solomon Islands and we had to beach the ship to prevent her sinking. Salvage operations failed, as the country was having a civil war at the time, with the ship being ransacked and declared a total loss. I then joined Dream 21 at the Singapore shipyard for five months while she was being refitted as World Discoverer II for DiscovererReederei.

What was your next ship?As Society Expeditions went bankrupt in 2004, I joined a crewing agency and worked as captain aboard Explorer II for Abercrombie & Kent in the winter, and Alexander von Humboldt for Phoenix Reisen in the summer. It was the same ship and is now Swan Hellenic’s Minerva. In 2006 I joined Lindblad working six months on and four months off.

What ships have been your favourites?Endeavour (now National Geographic Endeavor and formerly Caledonian Star) is a fine ship and handles well in all kinds of weather. In May 2009 I took her to the Galapagos for the handover to the Ecuadorian crew and stayed for two weeks. I also worked at Las Palmas in 2008 when this ship (NG Explorer) was being converted. 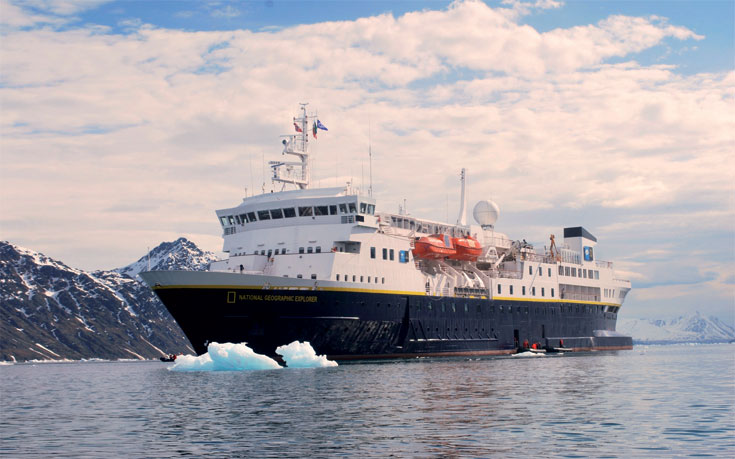 Do you have preferred cruising areas?I like the Polar Regions, which are very demanding, but I also like the worldwide itineraries. I have been to Antarctica 87 times as navigating, safety and relief officer, and captain, and even as an expedition leader on a German ship. On 11 January 2011 I will celebrate 20 years of visitingAntarctica.

What makes NGEX different from your previous expedition vessels?National Geographic Explorer’s acquisition represented a milestone for Lindblad, and it took some time to get used to the ship. We worked hard to make her into a good tool for exploration. She is totally up-to-date for the passengers and we can make our own electronic charts. We also transferred all the data from Endeavour and added oversize stabilisers to her. We have infrared cameras fitted which scan a mile or so ahead to see ice.

What are the challenges of navigating cruise ships in Arctic waters?Ice, of course, wind and the lack of soundings in places. For instance, today at Lagoya, we sent out a boat to chart the area around where we anchored, and now we will create a new chart of the seas. Wind is a factor with this ship, which has high sides. Although larger than Endeavour, she has less draft. We have total freedom to plan itineraries here and in Antarctica, and we let the weather and ice dictate. With the advanced technology, we have much better weather and ice forecasts, so we can foresee difficulties with the wind and making landings.

What do you like doing when you are not at sea?I live with my wife and five-year-old son in Elsfleth on the Weser River near Bremen. I met my wife on World Discoverer when she was Purser and Hotel Manager. My wife likes to travel, but I like to stay at home when on leave to be with my friends and family. 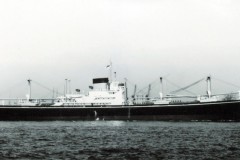 The Mystery Ship Issue May 2011