Captain Sverre Ryan, Master of Legend of the Seas, talks with Byron Clayton about his career, the ship he now commands and spending Christmas at sea.

When did you first go to sea?I started in 1980 aboard a Norwegian bulk carrier from Denmark to Poland. I joined the ship in transit during a vicious storm and my position was as an oiler in the engine department. After working as an oiler, I became motorman, mechanic, and then transferred to the deck department before I went to the academy. After this, I worked on bulk carriers and tankers. I was on a tanker in the Persian Gulf delivering jet fuel during the Iran-Iraq war and after six months decided that it was time to work in a safer industry, so I moved to cruise ships in 1986.

What was your first cruise ship?I started with NCL in 1986 on Sunward II, moving to Norway and then finally onto Seaward. I stayed with NCL until 1990 and then worked for a gold mine in Alaska flying hovercraft in the middle of winter. As the hovercraft was registered as an aeroplane, 180 hours of flying lessons were required before I could get a hovercraft pilot licence.

How did you start with Royal Caribbean?I started on Majesty of the Seas and have moved through all sizes of ships. I usually stay on a ship for three years before rotating, and before taking over Legend I was on Explorer sailing out of Bayonne, New Jersey. My first captain’s position was on board Viking Serenade.

When did you first come to Asia?I originally came to Asia in 1995 aboard Sun Viking. I find it rewarding working in Asia because this market is the future. We are pioneers, laying groundwork for expansion, and it will not be too many more years before you will probably see a Voyager class ship in Asia.

How is working in Asia different from Europe or the Americas?In terms of ship traffic, Asia is the busiest place in the world and you have to be very alert. The radar screen looks like it is crawling with ants. There are barges, small fishing vessels and massive cargo ships. Some small ships do not have radios, so we are constantly weaving in and out of traffic. Singapore is the busiest, but traffic in Hong Kong tends to be more intense, especially with small fishing vessels. The fishing captains are very superstitious and, in an attempt to find good fortune, they try to cut across the bow as closely as possible. I have been told that this is called cutting the dragon’s tail.

How long has Royal Caribbean been in Asia?Royal Caribbean first came here in 1995, and the cruises primarily involved bringing Americans to Asia. Legend also came to Asia 16 years ago as part of a world cruise called the ‘Royal Journey’. Over the last three years Royal Caribbean has engaged in a strategic marketing campaign catering to local Asians. As this is a new market, the focus has been to create awareness of the cruise experience. Today, Royal Caribbean is the only cruise line that has successfully bridged the western style cruise platform with Asian customers, and this is reflected in the fact that, within the region, the overwhelming majority of RCI passengers are from Asia. A key factor in our success has been the introduction of shorter itineraries, which reflect Asian preferences for cruises of three, four and five days.

How would you describe an average day for you aboard Legend of the Seas?When we are arriving to Singapore, which we do a couple of times each week, I am up at 0300 and go to the bridge. Traffic is heavy and we need to proactively navigate through the sea lanes to achieve our 1700 berth time. With Singapore also being a turnaround port with a 1700 departure, I am usually very busy until at least 2000.

How many holidays have you spent at sea?I have spent many more Christmases at sea than on land. It is very nice to be out here with so many different cultures to experience a holiday at sea. The decorations on board, the music and the food all contribute to the atmosphere and an incredible ambiance that many do not experience on land.

How is Christmas on Legend of the Seas different from a normal day? We get most of the officers and department heads together and sing Christmas carols for the guests in the Centrum. Santa makes an appearance for the children and each receives a gift. There is a priest on board and he holds mass every day for both the guests and the crew. We also have Christmas parties for the crew.

As the crew will be away during a Christmas cruise, do you do anything to keep morale up?We have a lot of programmes on board for the crew. We focus on communication, focus groups and lots of social gatherings. Human Resources and the Crew Welfare committee are very active in supportof our crew. 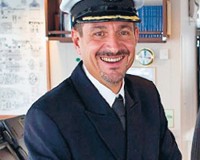 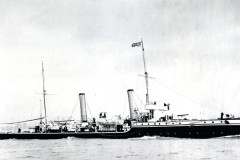