Did you always want to be at sea?My father was in the air force and my grandfather in the army. I loved the navy because it is very prestigious and was the right mixture of modern armed forces with tradition. Being the son of somebody who served in the air force, I grew up in many different places from the north to the south of Italy. Then I joined the navy and had the chance move round Italy again. I went to the Italian naval academy in 1986, and spent four years there; afterwards I was embarked on a ship for on the job training.

What ships have you served on? Mainly on different types of frigates, although I spent a couple of years on the aircraft carrier Garibaldi, as well as a few months on an amphibious warship and on the destroyer Audace. I have been in command of a patrol ship, a frigate and this ship, a destroyer. 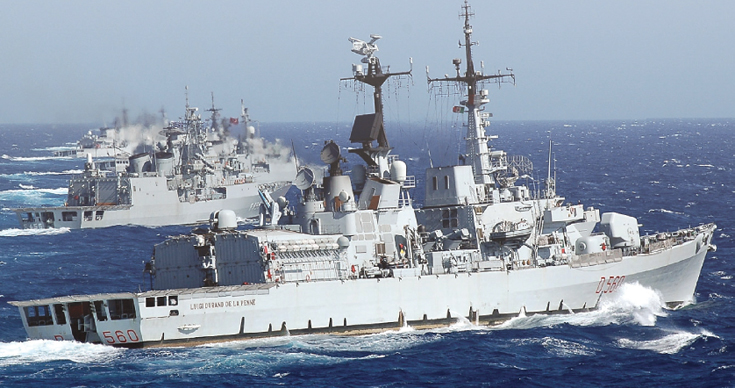 How did it feel to be in command for the first time?I had butterflies in my stomach. At the time I was still a young officer although fully prepared because thanks to the courses and practice, but it was still nerve-wracking. Mine was quite a large ship in comparison to a minehunter. So I felt a mixture of scared and powerful.

When did you take command of Luigi Durand de la Penne?On 16 September 2013. In Italy we are in command for only a year so I will be posted down in Taranto and am going to be Chief of Staff of the Admiral, commander of the Southern region.