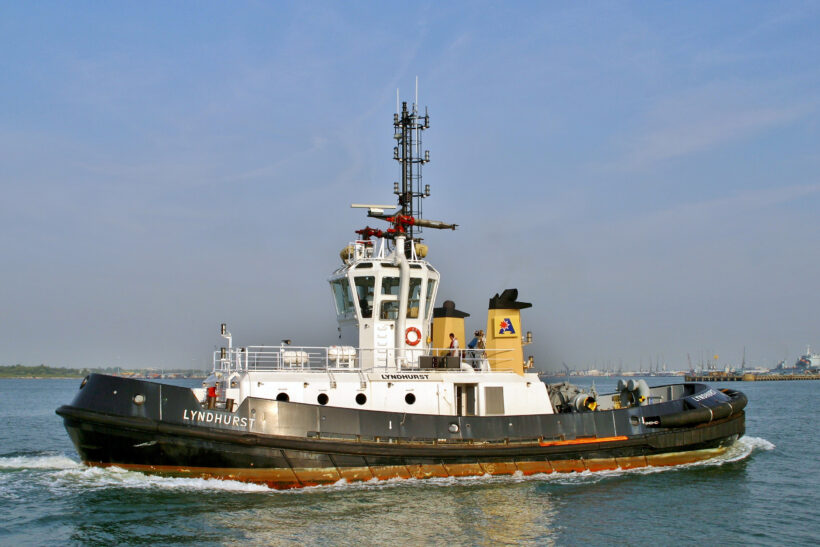 In May 2001 Adsteam Marine acquired Howard Smith Towing in the UK, with Smith having taken over Alexandra Towing in 1992. Adsteam lasted only six years, until April 2007, when they were taken over by Svitzer. Phil Kempsey supplied photos of some of Adsteam’s tugs in service at Southampton. Sir Bevois was built for Red Funnel Towage in 1985 by McTay Marine, who also built sistership Hamtun (both 250gt). Now under the Swedish flag, she has been renamed Tug Beaver, while Hamtun is now Multratug’s Multratug 16 under the Cypriot flag. Sir Bevois is seen during her first days under Adsteam ownership. Lyndhurst (379gt), one of a series of tugs built by McTay Marine in 1996, at Southampton’s container terminal before the prefix Adsteam had been added to her name. Now Svitzer Lyndhurst, she is still active in the UK. Lady Madeleine (1996/ 381gt) was completed for Howard Smith Towage by Damen at Gorinchem, with the hull built at Gdansk. The tug never carried the Adsteam prefix to the name, but lost the ‘Lady’ prefix once in Svitzer ownership. She is seen inbound passing Calshot after a tanker escort job. The superstructure was still in a grey undercoat, although both funnels have received Adsteam’s colours. Adsteam Sussex (378gt) was built as Sun Sussex by Richards of Great Yarmouth in 1992 for Alexandra Towing for work on the Thames. As Svitzer Sussex, she remains in service, on the Mersey. 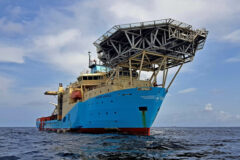 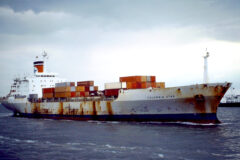