The mystery ship is the motor vessel Captayannis (8,459dwt), which was completed by Nakskov Skibsvaerft A/S in September 1946 as Norden for A/S Dampskilbsselskabet Norden. Measuring 12.41m by 17.18m, the 4,576gt vessel was powered by a 2,300hp B&W oil engine. She was sold to M. & S. J. Paleocrassas Brothers, Piraeus in 1963 and was renamed Captayannis.

On 27 January 1974, while she was waiting at the Tail of the Bank to deliver a cargo of sugar to the James Watt Dock in Greenock, she dragged her anchor In high winds and collided with the BP. tanker British Light. The tanker suffered little damage but Captayannis was holed and began taking on water. Her Captain tried to reach the sheltered waters of the Gareloch, but the water ingress was too great and she was beached over a sandbank. Although a tug was sent to assist the vessel, she heeled over and by the following morning was lying on her side, where she has remained to this day, though little of her superstructure now remains. All her crew were rescued and taken ashore.

Captayannis has never been removed because confusion surrounds the identity of her owners and insurers, and nobody will take responsibility for her removal. The wreck is a familiar site near the Tail of the Bank and can be seen on satellite images. 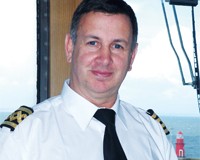 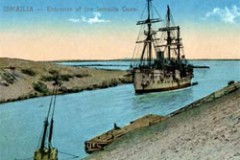