The warships featured as July’s mystery ships were identified by a number of readers, but there wasn’t total agreement. John Legg of Plymouth said: ‘The ship is NRP Goncalves Zarco (pennant no.F476). She was built by R. & W. Hawthorn Leslie, having been laid down on 9 October 1931 along with her sistership NRP Goncalo Velho (pennant no.A5200). Both were built for the Portuguese Navy. NRP Goncalves Zarco entered service on 28 November 1932 and was decommissioned in 1961. NRP Goncalo Velho entered service on 28 August 1932 and was decommissioned in 1964.’

John Jordan, of Cloyne, Co Cork corrected his first attempt and concluded, ‘I now believe that the vessel is NRP Goncalves Zarco with her sistership Goncalo Velho. The two ships were built in 1933 by Hawthorn Leslie and assigned to Portuguese territories in the Far East. The date may precede 1963, as HMS Plymouth was built in 1961 and sent to the Far East. The ships each had three four-inch guns and had a speed of 16.5 knots. I was misled by the inward flare at the turn of the bow plating, which was a feature of Hawthorn Leslie ships.’

A. J. Slatter, of Reigate, believed the ships were F471 Bartolomeu Dias (1933) and F476 Goncalves Zarco (1931), adding: ‘If the photograph was taken in Hong Kong and the RN ship is HMS Plymouth, the ships were part of the Portuguese Fleet in the Far East looking after Portugal’s overseas colonies Macao and Goa.’ 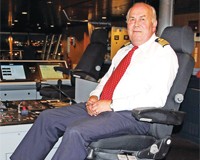 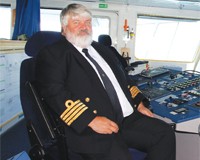