The Lusitania Museum/Old Head Signal Tower group, the new owners of RMS Lusitania, are at an advanced stage in the design process of their planned state-of-the-art museum. The wreck lies 21km off The Old Head, 90ms below the waves.

The previous owner, Gregg Bemis, gifted the wreck to Lusitania Museum/Old Head Signal Tower Heritage CLG in 2019 in recognition of the achievements of the work of this local community voluntary group and to continue his legacy.

This sub-committee of Courceys Rural Development had already restored the early 19th century Napoleonic Signal Tower on the site, which is now open to the public. It is the only one of 81 built in Ireland to be fully restored and available to visit.

The second phase of development saw the establishment of the Lusitania Memorial Garden with its iconic 20m long ‘wave’ sculpture which tells the story of the Lusitania’s final voyage to disaster. It contains the names of all those on board when she was torpedoed on 7 May 1915.

Plans are now advancing towards phase three of this ambitious project. A professional Design Team has been appointed, plans drawn, ready to go for planning permission.

The Covid pandemic has seriously disrupted our income stream with no visitors allowed and no fundraising weekends possible. A GoFundMe appeal is now being launched to raise the necessary finance to reach the ready to build stage.

Hopefully, the generosity of friends, both at home and abroad will continue and a modern museum can be built to honour the maritime history of this Atlantic coast.

Named in honour of RMS Lusitania, it will be a place of culture, learning and history, attracting tourists, visitors, schools etc., while providing local employment opportunities.

The GoFundme campaign was launched on Friday 12 March. The target sum is €150,000 to complete the Museum Design and take us to Planning Permission and beyond.

Fetails of the GoFundMe campaign here. 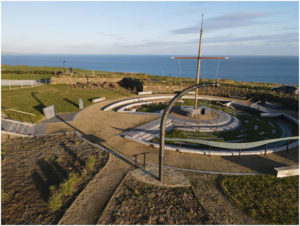 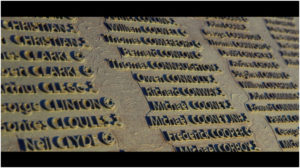 The Old Head and the Lusitania

Just after 2pm on 7 May 1915 Captain William Thomas Turner had ordered Junior Third Officer Bestic to take a bearing off an unmistakeable landmark, known to sailors for centuries – the Old Head of Kinsale Lighthouse, with its distinctive red bands on a white background. This magnificent Lighthouse is at the tip of one of Irelands most scenic peninsulas jutting out 5 kilometres from the south coast of Ireland. At the end of his watch, Bestic handed over the first set of four bearings to Captain Turner and Third Officer Lewis was taking the bearing when the Lusitania was struck by the torpedo fired from the German U-20 and sank in a horrific twenty minutes with enormous loss of life. From that instant onwards the Lusitania and the Old Head have remained inextricably linked.

On the 80th anniversary of the sinking a local community group erected a beautiful memorial stone at point near the Old Head Signal Tower. It was felt that more could and should be done to commemorate what was a critical moment during WW1 and of local, national, and international significance. Hence a new project begun over 10 years ago has resulted in the restoration of the ruined Napoleonic Watch Tower as a Visitors Centre, panoramic viewing point and mini-Lusitania Museum, opened on May 7th, 2015 to coincide with the centenary commemoration of the sinking of the Lusitania.

On 7 May 2017, the Lusitania Memorial Garden, with its 20-metre long ‘wave’ sculpture, carrying the names of all who sailed on Lusitania’s last voyage, and telling the story pictorially was unveiled. On 7 May 2019 Mr Bemis travelled from Santa Fe, New Mexico, to formally donate the wreck of the Lusitania to the Lusitania Museum at the Old Head.

We are the first (and last) Signature Discovery Point on the Wild Atlantic Way which begins in the historic town of Kinsale, a tourist mecca in its latest incarnation, but with close connections to the Lusitania as well. It was here that some of the victims and survivors were brought ashore.

It was here, also, that the Inquest, conducted by J.J. Horgan, was held in the Courthouse and indeed a few of the victims are buried in the equally historic St Multose Churchyard nearby. From the parapet of the Signal Tower visitors can look west to Courtmacsherry harbour which also has historic links to the Lusitania.

From Barry’s Point a crew of 12 rowers, two cox and a bowman took the Keiza Gwilt, coxed by Timothy Keohane to the site of the sinking in three heroic hours only to find bodies and debris everywhere.

The investment in time, energy and financial commitment from the local and wider community has been phenomenal. The blending together of heritage, history and cultural expression so that our visitors can enjoy a unique experience in a magnificent setting is a matter of much local pride to be celebrated.

Plans are well underway to design and build a modern Lusitania Museum where the story of the Lusitania, through the display of artefacts, recently recovered from the wreck, using modern multi-media technology, through recalling the many personal stories of victims and survivors, can be engagingly told in a memorable way.

It is Mr Bemis’ wish that the proposed Museum, by recalling the horrors of war should press us all to cherish and nurture peace. As a local voluntary, not-for-profit, registered charity, now entrusted with a precious historic legacy we intend to do justice to Mr Bemis’ vision and trust.

This Museum will be a destination for staycationers and foreign visitors alike. All donations of whatever size will be gratefully received and valued. 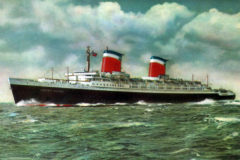 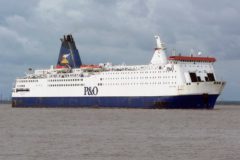