The Tall Ships organisation annually takes hundreds of youngsters afloat for what is likely to be their first taste of life at sea, and during a trip they can learn valuable life skills. Patrick Boniface caught up with relief Master Captain Roy Love on board the tall ship Stavros S. Niarchos at the Southampton Boat Show.

How did you start your career at sea?I started with the Royal Naval Reserve in the late 1970s and left in 1994 during one of the big shake-ups. I was working in mine countermeasures and the Navy got rid of their mine countermeasures facility, so I then signed up as a volunteer with the Tall Ships and became a navigator, which was basically an unpaid volunteer role which I undertook for several years. I went to Merchant Navy School and got my Captain’s qualification and then started working as a relief boatswain. I gradually worked my way up through Third, Second and Chief until I became a master about six or seven years ago. Now I am the relief master for the ship.

Why did you choose a career in the Royal Navy?My family were all in the Royal Navy. We have medals going back to the siege of Sebastopol in the mid-19th century, so there’s a long family history of service in the Navy. I started with the Ton class vessels Walkerton and Nurton, and then was involved in trialling some Suffolk class vessels, which were basically converted trawlers, and I was part of the trials team. Then we worked on the River class and I was attached to HMS Arun for a time. 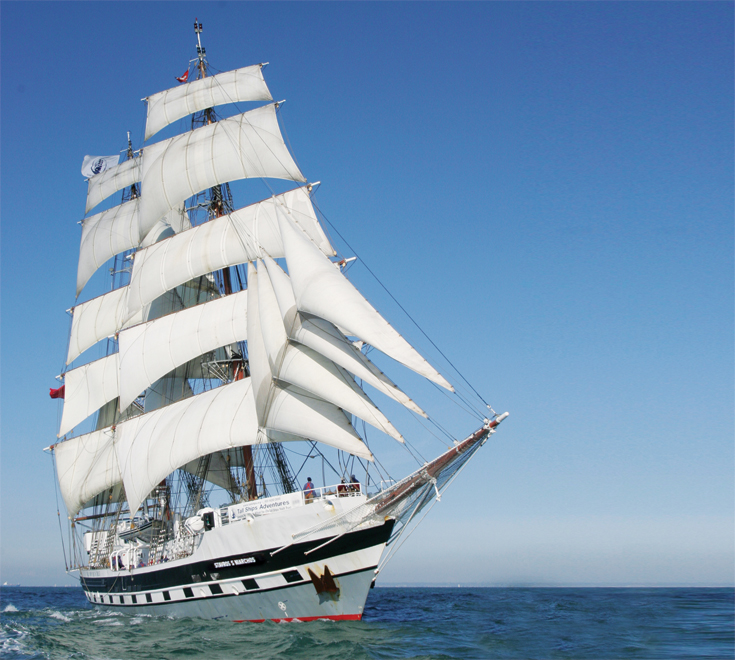 Do you take turns being in command of Stavros S. Niarchos? The master is Liam Keating, who does a month on and two weeks off, and I fill in during the two-week slot. So I am effectively Master for about four months each year. It’s great fun and we go to some great locations. In the past we have visited the Eastern Seaboard of the United States, the West Indies and most winters we work in the Canary Islands. During the summer we are in Northern Europe and usually participate in the Tall Ships Race, so there is plenty of variety in the work.

What is the best aspect of your job? The variety of people you meet and the variety of situations you find yourself in. Every day is a new challenge and every day you have different weather, or could be visiting a new port. There is always something new and something different going on. The people on board get a tremendous buzz from being on the vessel, so that is infectious and it sucks you in.

Are the Tall Ships are all about getting young people to sea? Yes, absolutely. Primarily we are a youth charity and our objectives are fairly well defined. At the moment we do take adults to supplement our youth work. It is hard to explain, but basically this is a small village and people come from different backgrounds and different walks of life, and it is amazing after a few days to see just how they gel and learn to live together. Some find it extremely difficult, particularly those from underprivileged backgrounds who we work with, but it’s very rewarding to have a success story.

What about the ship herself? The hull was built in Germany and the ship was fitted out in 2000 at Appledore in North Devon. She was fitted as a brig, two-masted with 18 sails, and she is quite an interesting vessel to handle. She is well-balanced and I have been sailing now, as master, for five or six years . . . and I will go on until they carry me off in a box. 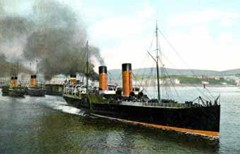 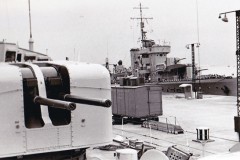