The mystery ship is Clan Macmaster, which was originally launched on 24 February 1917 by William Doxford & Sons Ltd, Sunderland for Munro Shipping Co Ltd as Sutherland. She was managed by B. J. Sutherland & Co Ltd of Newcastle-upon-Tyne.

Sutherland was purchased by the Clan Line Steamers Ltd with Cayzer, Irving & Co Ltd as managers on 29 December 1917 for £250,000 and renamed Clan Macmaster the following January.

On 30 September 1923, while on passage from Glasgow to Liverpool, she grounded on Thousla Rock, Isle of Man, which is close to the small harbours of Port Erin and Port St Mary. Although attempts were made to salvage her from the rocks, these were unsuccessful and she became a total loss. 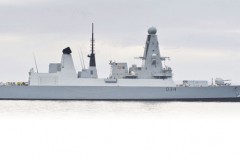 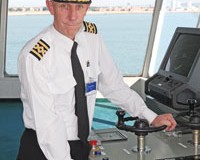