The mystery ship is the 1949-built Zhe Hai 106 of the China Ocean Shipping Co, People’s Republic of China. She was built by Wm Doxford & Sons of Sunderland, yard no.789, for the Hain Steamship Co as Trelissisk (5,386gt). In 1963 she was sold to Chiao Mao Enterprises Ltd as Kinross, and registered in Hong Kong. In 1974 she was sold again to a Chinese owner, along with many other ships of this and earlier periods for the coastal coal trades along the Chinese coast. She was registered in Shanghai. After 1997 her fate, and that of others, was unknown, but more than likely she was scrapped in China. The photograph may have been taken in the Yangtse/Shanghai area. That company or its subsidiaries started acquiring second-hand tonnage in the 1950s, so one can assume the 106 was built in the late 1940’s. 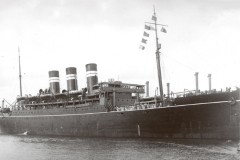 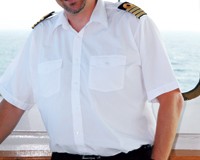