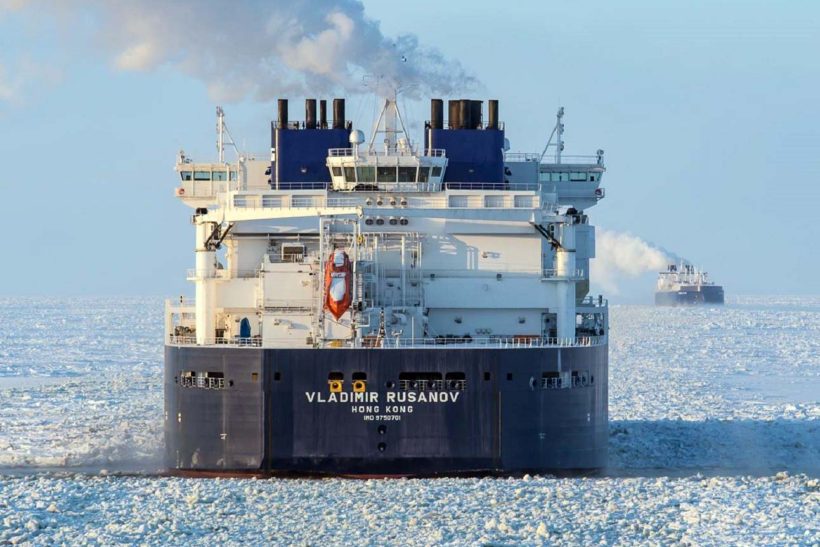 More than 20 ships are either stuck or having difficulty navigating the sea ice along the Northern Sea Route (NSR), which is growing in thickness every day.

In recent years, the transportation of goods along the NSR in late October and early November has gone smoothly. However, this year the situation has changed.

By the end of October 2021, most of the remote areas of the Arctic were covered with sea ice. And the white cover is rapidly growing thicker, making navigation difficult.

Tankers Andrey Pervozvanny and Vladimir Rusanov delivered oil to the remote village of Pevek on the coast of Chukotka. There are still four more vessels at the berths in Pevek, which may face problems returning from there.

Several vessels changed course in search of shelter and trying to bypass difficult areas. The Dutch heavy-duty vessel Poolgracht delivered cargo to the Novatek gas project on the Gydan Peninsula at the end of October and was supposed to return to China.

Instead, the ship is now heading west as part of a caravan led by the Taimyr nuclear-powered icebreaker. It also includes the UHL Flash and UHL Faith vessels. As of 8 November the vessels passed the Vilkitsky Strait into the Kara Sea.

Both vessels of United Heavy Lift GmbH are sailing from China and have experienced great difficulties in breaking the ice over the past two weeks. Traffic records show that both were zigzagging along the route.

Both UHL vessels are rated Arc4 and are at least two weeks behind schedule. According to the UHL plan, Flash was supposed to arrive in Rotterdam on 1 November.

The third ship of the company – UHL Fusion – is now alone north of the New Siberian Islands.

About 500km east of UHL Fusion lies the newest bulk carrier Nordic Nuluujaak, transporting ore from Milne Bay in northern Canada. He goes along with the ship Golden Suek. There are two more ore carriers nearby – Nordic Quinngua and Golden Pearl.

Another dry cargo ship, Admiral Schmidt, is awaiting help from an icebreaker to navigate through the thick ice south of Wrangel Island. On the other side of the ice strait is the Finnish ship Kumpula.

It may happen that, as a result, some of the ships located here violate the Russian rules of navigation. Most of them do not have permission to sail in thick sea ice without icebreaker escort. In addition, at least one vessel is about to exceed the permitted stay on the NSR. The tanker Andrey Pervozvanny can be here only until 9 November.

In the worst case, some ships may have to spend weeks and months here. So, in 2017, three ships remained in ice captivity in Pevek for almost the entire winter. They could not get out of the thick local ice on their own, and the nuclear-powered icebreakers of Rosatomflot were busy in other parts of the Northern Sea Route.

Today, only one nuclear-powered icebreaker operates in the vast waters of the Laptev Sea and the East Siberian Sea. In early November, Vaygach brought several ships to Pevek and has been in the area ever since. As of November 8, the icebreaker is helping “Andrey Pervozvanny” and “Vladimir Rusanov” to pass the eastern part of the East Siberian Sea.

The Taimyr icebreaker is busy piloting ships through the icy Vilkitsky Strait.

These two icebreakers are designed to operate in shallow waters and are mainly used in the region of the Ob Bay and the Yenisei Gulf.

Meanwhile, the newest and most powerful Russian icebreaker, Arktika, is still in St. Petersburg, where it was being repaired. Yamal and 50 Years of Victory are moored in Murmansk.

Difficult navigation conditions developed despite the unusually warm October weather. According to Roshydromet, October turned out to be much warmer than usual – on most of the coast of the Russian Arctic, the temperature exceeded the norm by 2-4 degrees.

At the same time, strong winds are observed in the region. According to the NSR Administration, in the first week of November storms raged here with gusts of wind up to 30 m / s.

The difficult ice situation on the NSR is alarming, since by the winter of 2023-2024, cargo navigation along the route should become year-round, and by 2030 it is planned to increase the volume of cargo transportation to 150 million tons per year.

Photos and text by Wim Plokker 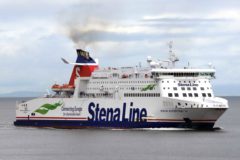 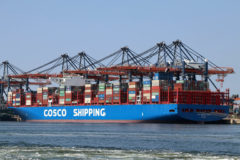 Congestion at Rotterdam to persist into 2022