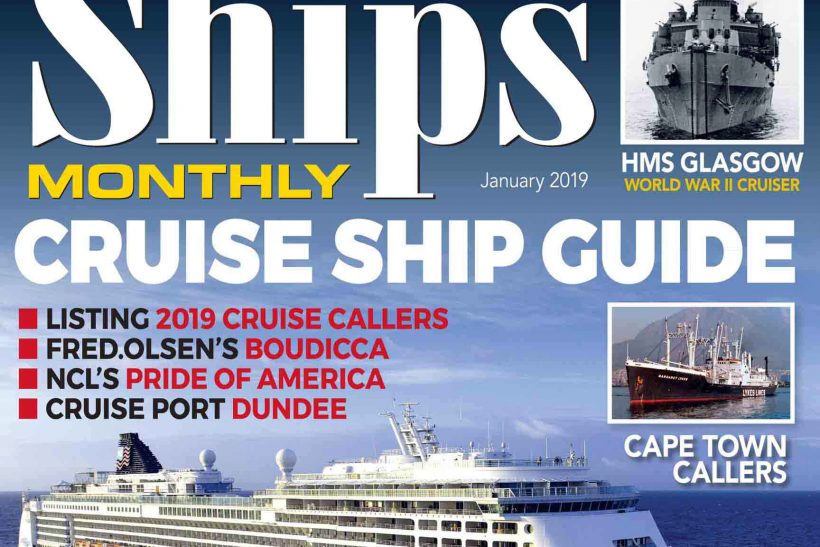 In the news, Wallenius Wilhelmsen has been restructured, preserved vessel RML 497 goes to Hartlepool Museum, wind power on ships gets another look, and Damen tugs tackle the Northern Sea Route.

In cruise news, Marella Spirit has been sold for scrap, Carnival ships are being sold to China, and Windstar Cruises is to lengthen its ships.

On the naval front, there are details of the Norwegian frigate HNOMS Helge Ingstad sinking and FS Charles de Gaulle returning to the French navy, while Canada selects Type 26 frigates.

A specially extended news feature takes a look at how India has recently started modernising its passenger fleet, and what has happened to some of the nation’s older vessels.

Ships Monthly’s main focus of the month is a guide to cruise ships calling at ports around the UK during 2019. The guide  also includes:

– focus on Pride of America, which gives her passengers the chance to visit Hawaii.

– the port of Dundee is one of the UK’s fastest-growing cruise destinations with a new cruise ship terminal planned.

HMS GLASGOW  History of the World War II cruiser, which was a predecessor of the first of the Royal Navy’s new Global Combat Ships.

MARITIME MOSAIC  Photos of cargo ships at Belfast, the main point of entry for Northern Ireland.

WELSH PRINCES  Profile of the research vessel Prince Madog and her predecessor, which worked in the Irish Sea.

CAPE TOWN CALLERS Cape Town is a regular port of call for many ships of different kinds, and the photofeature highlights some of the many ships that have visited.

THE ROCK  Profile of the Port of Gibraltar, its history and links with the Royal Navy, and current operations. 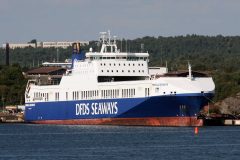 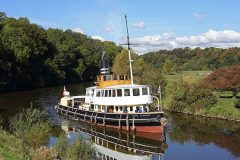