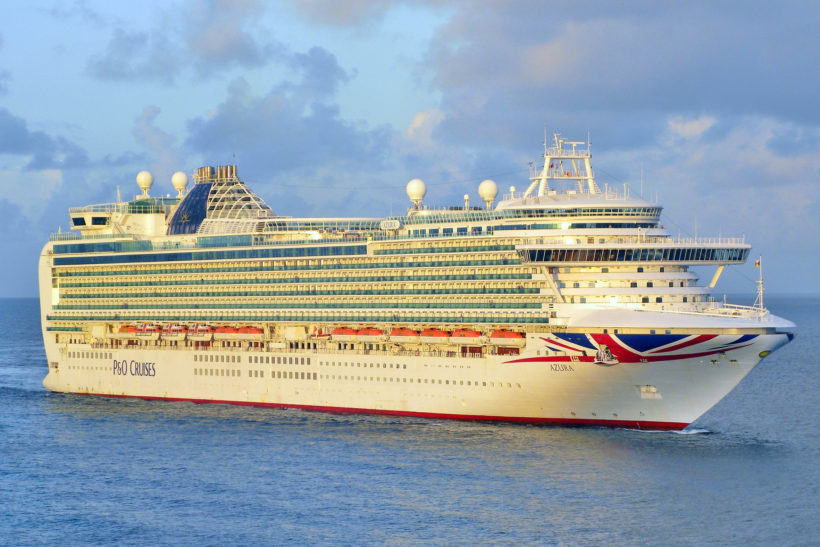 GALLERY: Shipping in the Caribbean

Shipping in the Caribbean is a mix of old and new, as many old British, German, and Dutch coasters and ferries made their way to the Islands at the end of their working lives. While these vessels are still in use, they have been supplemented by modern ships designed for the Caribbean trade, as Roy Cressey’s 2019 photos show. P&O’s Cruise’s Azura approaching Philipsburg, St Maarten; she is typical of the cruise ships operating in the Caribbean and is based in Barbados during the European winter. In the European summer, Azura is usually homeported in Southampton, operating to the Mediterranean and the Canaries. Built by Fincantieri in 2010, she can carry up to 3,574 passengers. An example of the older cruise vessels still operating in the Caribbean is the 1968-built 360-passenger Freewinds, seen berthed in Barbados. She was ordered by Sweden-based Lion Ferry as a car/passenger ferry for the Bremerhaven-Harwich route. She was to be named Prins Albert and was half completed when she was sold to Wallenius Lines and chartered to Commodore Cruise Lines as Boheme. She was eventually sold to San Donato Properties Corp in 1986 and was converted for use by the Church of Scientology. She is still in use by the Church, 52 years after her launch. Cargo is moved between various Caribbean Islands by general cargo ferries, such as the 3,095dwt Midnight Czar, seen arriving at Basseterre, St Kitts & Nevis. The 1990-built vessel is operated by Midnight Marine Holdings, and serves St Thomas and Tortola. There is a demand for reefer vessels in the Caribbean, such as the Liberian-registered 15,917dwt vessel Lombok Strait, pictured at Bridgetown, Barbados from Mexico. The reefer was built in China as Leopard Max by China Shipbuilding Corp, Keelung but became Lombok Strait later that year, operated by Verde Enterprises, The Netherlands. 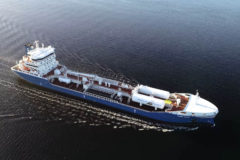 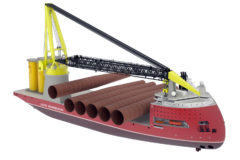