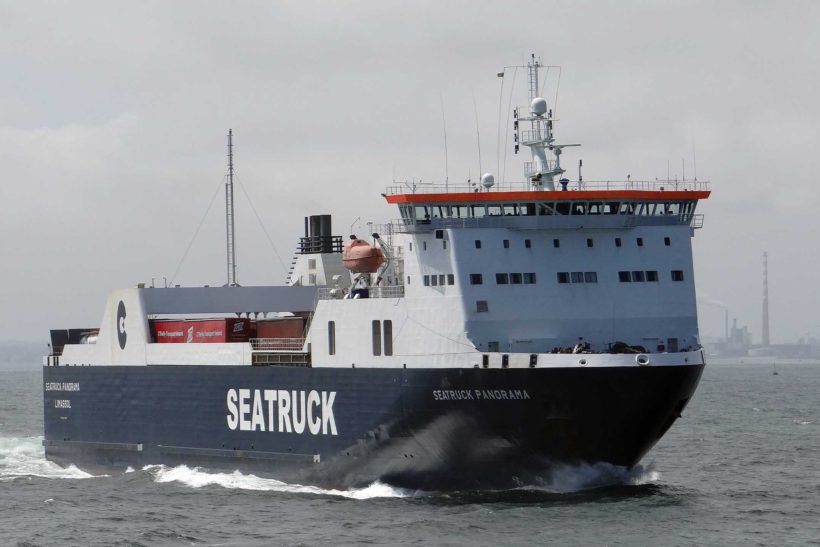 The busy Irish Sea ferry scene was captured by David Fairclough during August and September. A variety of freight and passenger vessels cross the Sea, from Heysham, Liverpool and Birkenhead, heading to Dublin, Belfast and Warrenpoint. The 2007-built Seatruck Panorama (14,759gt, ex-Clipper Panorama) leaving Dublin. Owned by Seatruck Ferries, she is one of four P Series ro-ro freight ferries built in Spain and was taken on a time charter by Stena Line to operate services from Belfast to Birkenhead and Heysham from September. The newest ferry on the Irish Sea, Stena Edda, preparing to berth in Birkenhead in August. She has 3,100 lane metres of freight and can take 120 passenger cars in their own dedicated garage on deck 7. She is the first of two brand-new ferries that were built by China Merchants Jinling Shipyard (Weihai) for the Belfast to Liverpool (Birkenhead) route operated by Stena. The 15,586gt Misida at the Mersey Bar outbound to Ireland. She was on charter to P&O on the Liverpool to Dublin route until late October 2020. Owned by Godby shipping, she was built in Germany in 2007 and has been operated by a number of companies, including DFDS, Transfennica and Finnlines. While covering the drydocking of Stena Scotia, the 24,206gta Stena Nordica (ex-European Ambassador) carried traffic from Belfast to Birkenhead, as she is too long to use Heysham. The vessel is seen heading up Belfast Lough in August. P&O Ferries’ 1993-built ferry Norbank (17,464gt) heading to Dublin, passing Crosby at the entrance to the Mersey. Some of her crew tested positive for Covid-19, resulting in her withdrawal from service in August.

The 2001-built Stena Superfast VII operates to Belfast, but during the summer the Belfast Superfast ships were operating amended schedules due to the Covid-19 pandemic. 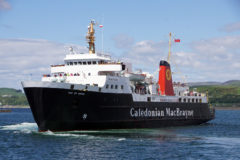 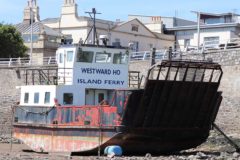