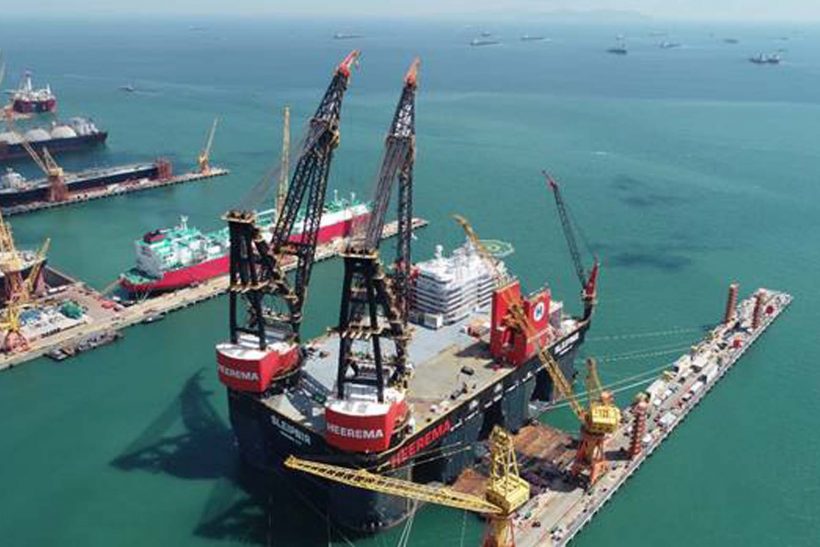 On 24 May 2019 it was announced that the world’s biggest semi-submersible crane vessel (SSCV) is set to enter service in the coming months, with the most powerful pair of revolving cranes for offshore oil, gas and renewable energy installation and decommissioning jobs.

Importantly, with her its single-lift capability catering to larger integrated structures than previously possible, Sleipnir will minimise offshore assembly work and raise operational efficiency to a new level, while not compromising the flexibility and robustness of traditional installation methodologies.

Coupled with an IMO- and US Coast Guard-approved ballast water management system, Sleipnir will operate sustainably across all environmental jurisdictions.

In the offshore wind sector, Heerema sees a significant growth in the size of wind turbines and foundations, which requires specialised equipment for their installation.

With her large cranes capable of a 129m lifting height and a combined 20,000-tonne lifting capacity, Sleipnir is very well placed to accommodate this trend of increasingly bigger offshore wind turbines.

The vessel will leave for sea trials shortly and is scheduled for delivery to Heerema soon afterwards. 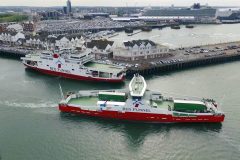 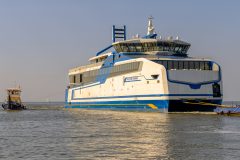