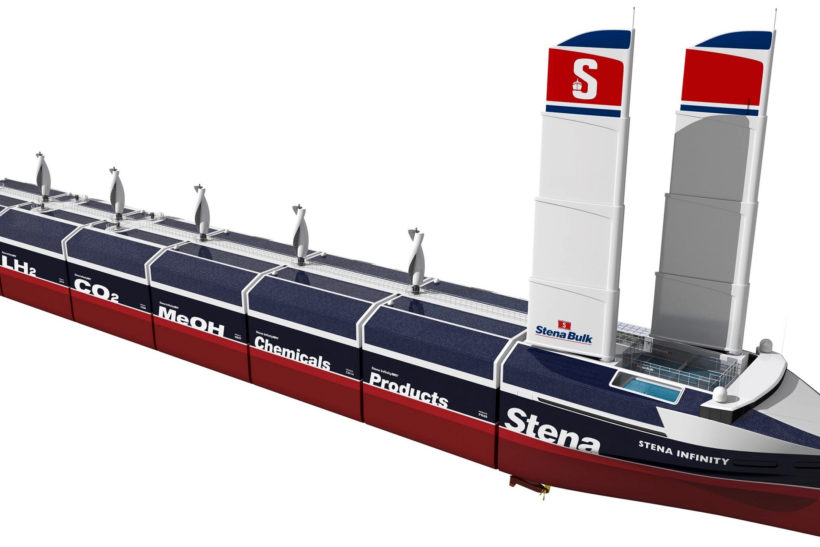 A New Way to Carry Cargo

Like many other large shipping groups Sweden’s Stena Bulk has been developing new zero-emission cargo ship designs but the Gothenburg-based company has also taken a new look at cargo handling.

Its latest design, the InfinityMAX bulk carrier, would use hydrogen as a fuel, along with wind turbines and sails to generate additional power, but it would also incorporate standardized modular cargo ‘barge’ units that could be dropped off and picked up near ports to avoid congestion, the modules being positioned to and from the port by tugs.

The cargo units would be capable of carrying both dry and liquid bulk commodities as well as  liquified gas products.

They would also be totally self-sufficient in terms of energy, with wind turbines and solar panels generating all the electricity needed for their internal systems.

Although the ships would initially be crewed for safety and flexibility reasons they could also be operated semi-autonomous without compromising safety.

Some of the technologies needed to make the design economically viable are still being developed but Stena believes that an InfinityMAX ship could come into service between 2030 and 2035. 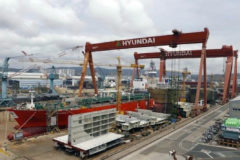 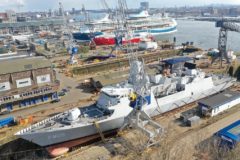