SHIP AGROUND: Airbus ro-ro goes aground in river

In late January, with high winds gusting to 55 knots, the ro-ro ferry Ciudad de Cadiz (2009/15,643gt) broke free of her moorings at Mostyn, North Wales and became grounded on Salisbury Bank just outside the port. She had been waiting to load a pair of A380 Airbus wings, which are built in Broughton and delivered by river barge to Mostyn, before onward delivery by sea to Pauillac in France.

Efforts to refloat her during the following days failed due to lower tides. There was no danger to Ciudad de Cadiz or to other vessels arriving in the port, such as Seatruck Pace (2009/14,759gt) delivering windfarm turbines from Denmark, and Ville de Bordeaux (2004/21,528gt), which collected the wings which Ciudad de Cadiz was to have delivered.

Eventually, on 9 February, using her own power with assistance from the tugs Union Diamond, Whalsa Lass and St David, Ciudad de Cadiz was refloated successfully and departed that evening for a hull inspection in Holyhead.

The Singapore-built Ciudad de Cadiz had spent almost two weeks on the River Dee instead of the usual 12 or 24 hours required for loading. One of three vessels designed specifically for Airbus shipment and other ro-ro duties such as car-carrying, she is owned by Fret Cetam, the joint undertaking of Louis Dreyfus Armateurs (France) and Leif Hoegh (Norway). AC 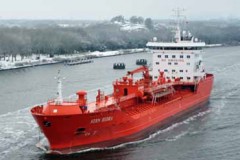 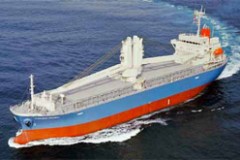