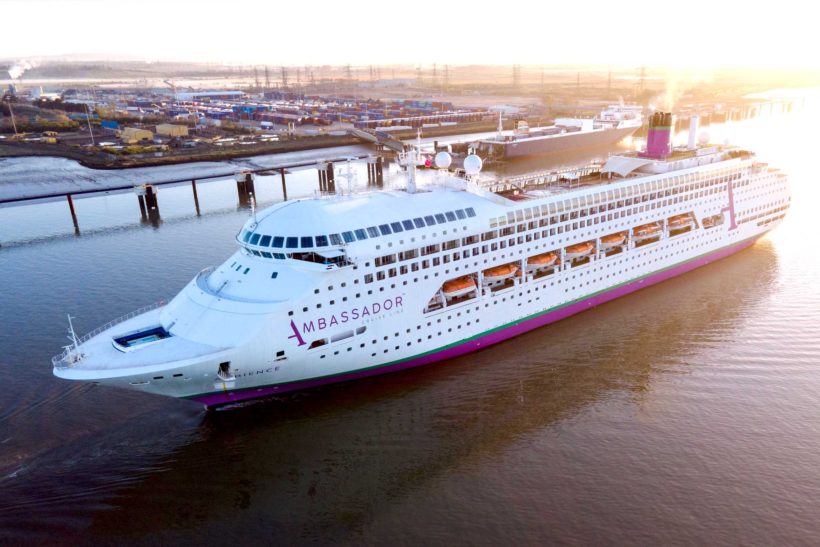 Ambassador Cruise Lines’ new ship Ambience made her debut on the Thames at daybreak on 14 April 2022.

She operated initially on their North American routes. After 2000 she was deployed on the company’s Australian routes, then later in the Mediterranean and Baltic seas.

It was intended that the ship would be retired in 2020, sold to Cruise & Maritime Voyages (CMV) and renamed Amy Johnson, but CMV had financial difficulties and went into administration in 2020, affected by the Covid pandemic in 2020.

Later in 2020 Pacific Dawn was sold to Ocean Builders Central, and renamed Satoshi. They intended her to become a floating residence in the Gulf of Panama.

However, after failing to obtain insurance for the proposed operation, she was resold in 2021 for future operation by Ambassador Cruise Line as Ambience.

In October 2021 she went for refit at the Viktor Lenac Shipyard near Rijeka, and is now ready to begin her inaugural season with Ambassador Cruise Line.

Ambassador have acquired a second ship, which will be named Ambition. Although ordered by Renaissance Cruises in 1996 from Chantiers de l’Atlantique at St Nazaire, the order was later cancelled.

The shipyard continued with the construction and later Festival Cruises took the ship on charter. She was delivered as Mistral, in 1999, on a 12-year charter.

Five years later Festival collapsed and the ship’s ownership reverted to her builders. She passed to Ibero Cruises of Spain, becoming Grand Mistral.

Ibero Cruises later became majority owned by Carnival Corporation and, on the wind-up of the Spanish company in 2013, the ship was moved to Costa Cruises where she was renamed Costa neoRiviera.

At 48,123gt, she was not a good fit with larger Costa ships, and in 2019 was transferred to sister company, Aida Cruises, who renamed her Aidamira. Sshe sailed on just a few cruises for Aida before the pandemic hit and she was laid up off Tenerife.

Following her sale, she is now at a shipyard in Croatia being prepared for her new role. Much smaller than her 70,285gt running mate, her passenger capacity is 1,200 compared with 1,400. 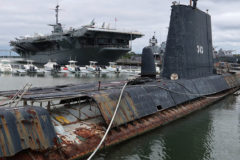 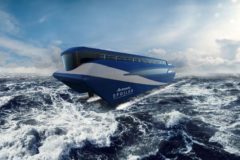