APL Ltd, the container arm of Singapore’s Neptune Orient Lines, has taken four of its US-flag container ships out of service and will sell them for demolition. The C-10s President Adams, President Jackson, President Polk and President Truman were built in Germany during the 1980s and were among the initial class of post-Panamax container ships when delivered, each having a nominal capacity of 4,300TEU, but are now considered surplus to requirements as US military involvement in Iraq and Afghanistan is wound down.

The 54,600dwt ships had been operating within the G-6 Alliance’s AEX service connecting the US East Coast with the Middle East, Indian Subcontinent and Singapore. That service will now be operated using five of APL’s remaining US-flag ships along with five non-US-flag vessels provided by other G-6 carriers. JS 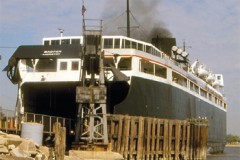 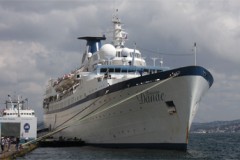