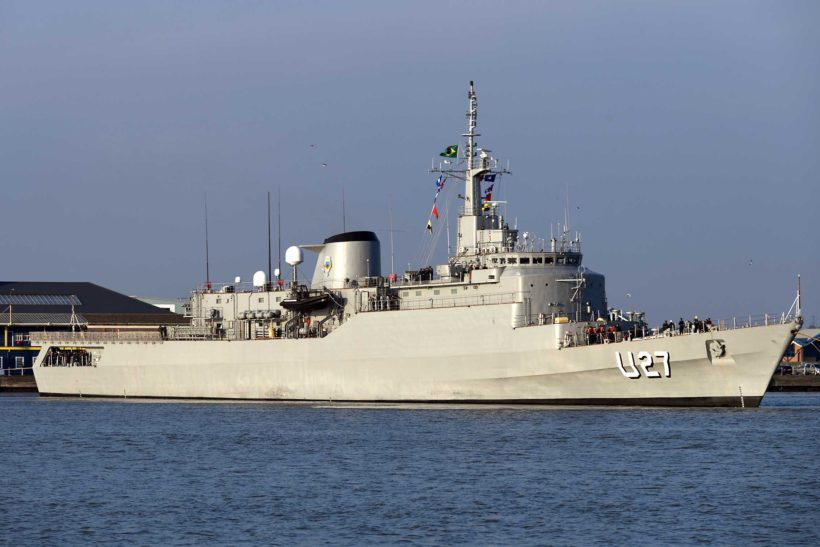 The Brazilian navy’s training ship NE Brazil (U-27) made her annual visit to the Thames in October 2021 and was expected to go alongside HMS Belfast in the upper Pool of London. This was changed, and she was due in West India Dock at 1300 on Tuesday 5 October.

However, NE Brazil ended up going alongside London International Cruise Terminal Tilbury at 2000 on Tuesday 5 October after the cruise ship Spirit of Adventure sailed an hour earlier, passing NE Brasil near Denton Wharf.

NE Brasil  then moored alongside the London International Cruise Terminal with the assistance of two Boluda tugs.

NE Brasil was ordered in June 1981 at Rio de Janeiro Marine Arsenal Yard, as a modified version of the Niteroi class of frigates without weapons or sensors.

The ship usually carries 442 midshipmen (officers in training) from the Brazilian Naval and Merchant Marine Academies.

The round trip to Europe usually takes place during September and October, as this year. 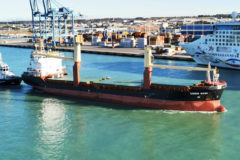 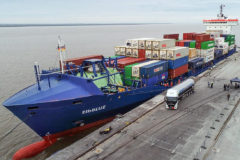