CalMac had to reshuffle their fleet again due to technical problems with the ageing fleet. Isle of Lewis made her way to dry dock in Birkenhead after a week off service in Stornoway in late March 2021. She had only just returned from dry dock in Aberdeen.

Lord of the Isles operated a combined service connecting Oban and Mallaig with Lochboisdale and Castlebay.

Caledonian Isles will return to dry dock in April, the Arran service being covered by Hebridean Isles and Isle of Arran. The pair covered the Islay service whilst Finlaggan docked at Birkenhead in late March.

Arriving on the Mersey, she initially shared the Canada Dock with fleetmate Hebrides before the latter sailed north for Uig on Skye to pick up her roster serving Lochmaddy and Tarbert.

Report and photo by David Fairclough 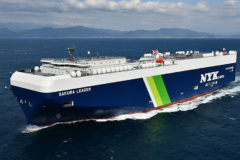 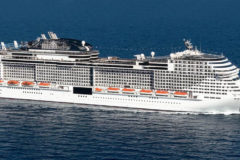