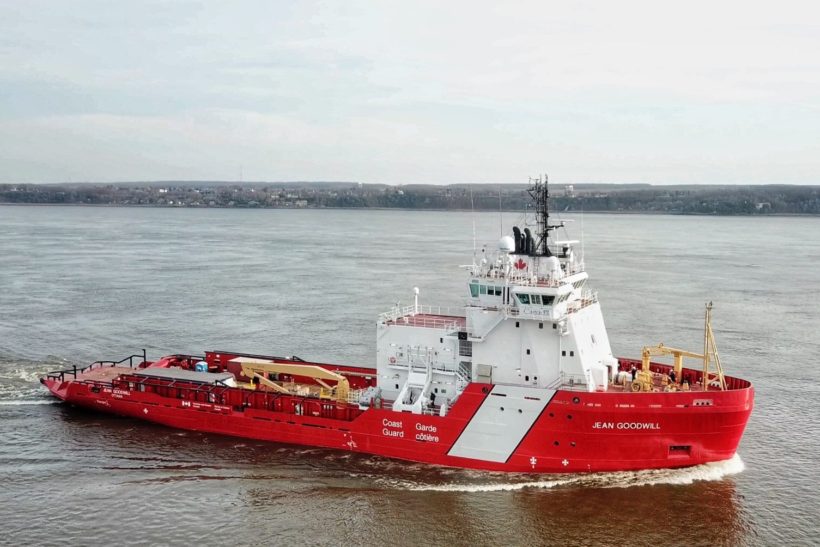 On 25 August 2022 Mike Kelloway, Parliamentary Secretary to the Minister of Fisheries, Oceans and the Canadian Coast Guard and Mario Pelletier, Commissioner of the Canadian Coast Guard, officially welcomed the new CCGS Jean Goodwill, the second of the three medium interim icebreakers, to the Coast Guard fleet at a dedication to service ceremony held at the Port of Sydney, in Sydney, Nova Scotia.

This is why the Canadian Coast Guard invested in three medium interim icebreakers to supplement the icebreaking fleet. These icebreakers were converted by Chantier Davie Shipyard, under the National Shipbuilding Strategy (NSS).

CCGS Jean Goodwill is named after Jean Cuthand Goodwill, the first Indigenous nursing programme graduate in Saskatchewan. She was a founding member of the Aboriginal Nurses Association of Canada, and served as the organization’s president for seven years.

In maritime tradition, the vessel sponsor is a civilian who participates in a vessel dedication ceremony and takes an ongoing interest in the vessel’s operations.

The Canadian Coast Guard is proud to have Tracey Purdy-Oickle as the vessel sponsor for the CCGS Jean Goodwill.

She is an Indigenous nurse and belongs to the same organization that Jean Goodwill founded, and her Grandfather served aboard one of the first modern Canadian icebreakers that went into the Canadian Coast Guard fleet in 1962.

At the dockside ceremony, the sponsor of the vessel, Ms Purdy-Oickle was joined by Jean Goodwill’s surviving family members and friends, the vessel’s crew, Commissioner Mario Pelletier, and Parliamentary Secretary Kelloway for the traditional breaking of a ceremonial bottle upon the ship’s bow.

In addition to the CCG dedication to service, CCGS Jean Goodwill and its crew were honoured with a traditional Mi’kmaq boat launching and smudging ceremony conducted by Keptin Stephen Augustine, Hereditary Chief of the Mi’kmaq Grand Council from Sigenigtog.

CCGS Jean Goodwill will provide icebreaking services primarily in the Atlantic regions and the St. Lawrence Waterway as other icebreakers are being scheduled for major refits. Like all Canadian Coast Guard vessels, the CCGS Jean Goodwill is also equipped to support environmental response and search and rescue operations, when needed.

Through the NSS, the Government of Canada is revitalizing the shipbuilding industry, creating good skilled jobs, and building whole new classes of ships to ensure Canada’s marine services have safe, reliable and modern equipment to fulfill their missions. 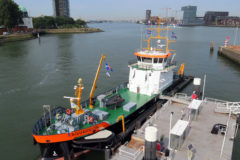 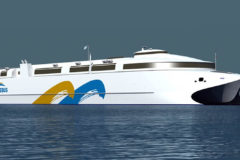