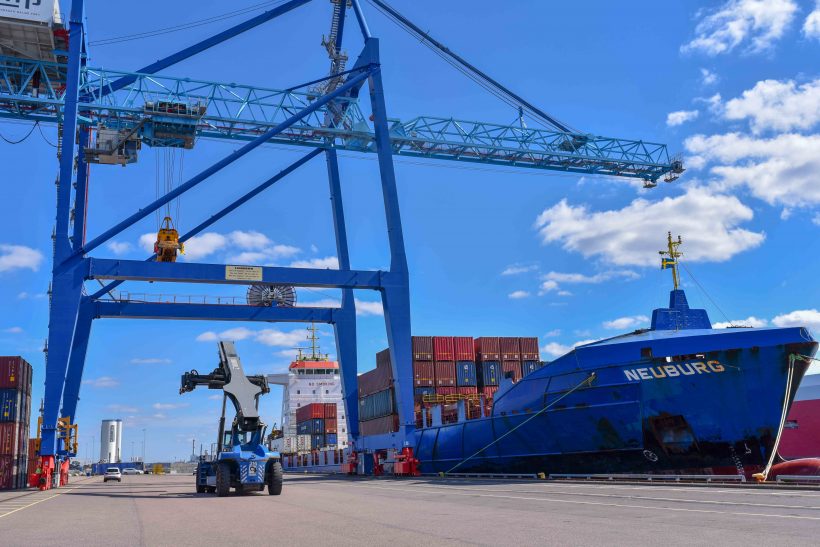 With Containerships now starting its new service, Scan Baltic 1, Copenhagen Malmö Port, CMP, will be an important port for import and export to and from Sweden and Europe.

The first container ship arrived at Northern Harbour in Malmö in mid-April.

Containerships selection of Copenhagen Malmö Port to be a permanent port in the new loop means that the opportunities to import and export freight to and from Sweden will increase significantly via the sea route.

The loop comprises five ships, which will operate a weekly route to Portugal, Spain, England, the Netherlands, Poland and Sweden.

Malmö has a good strategic location both for transport onwards into Europe and also as a regional hub with short local transport links.

Using transport modes effectively also reduces impact on the climate. Moving a container by road between Barcelona and Malmö entails CO2 emissions of some 6,500 kg.

An intermodal solution, with a large proportion of the shipment taking place by sea and rail, reduces emissions by almost 4,500 kg.

As is traditional, a plaque was presented to the captain of the ship in connection with its first arrival at CMP. 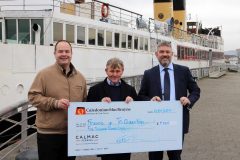 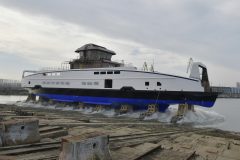