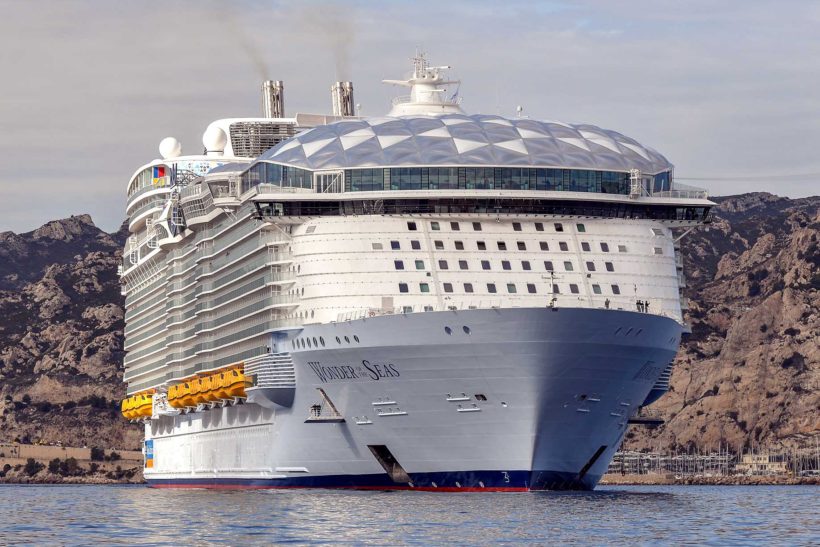 On 5 April 2022 construction of the sixth ship in Royal Caribbean International’s Oasis class got under way in Saint-Nazaire, France.

The cruise line revealed the name of the upcoming ship, Utopia of the Seas, at the steel cutting ceremony which took place in the Chantiers de l‘Atlantique shipyard.

Come spring 2024, the first Oasis class ship powered by LNG (liquefied natural gas) will be an evolution of the class of ships that came on the scene more than a decade ago.

“We are excited to begin construction on Utopia of the Seas, ” said Michael Bayley, president and CEO, Royal Caribbean International.

“On the sixth Oasis Class ship, vacationers can look forward to the signature combination of Royal Caribbean experiences and many brand-new adventures that have and continue make the Oasis class of ships the ultimate vacation for guests of all ages.”

Utopia of the seas will be greener than her sistership Wonder of the Seas (pictured by Wim Plokker), emitting less CO2 per passengers with a total power installed in the ship of more than 90 MW using six engines.

By introducing the first LNG-powered Oasis Class ship, the cruise line will take yet another step toward a clean-energy future after its first LNG ship, Icon of the Seas, debuts in Autumn 2023. 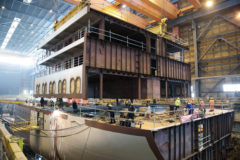 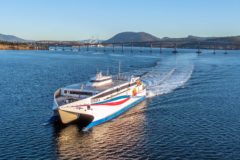