The Panamanian-registered coaster Most Sky was detained by the Maritime and Coastguard Agency at Birkenhead in November 2010 because of a number of health and safety issues, and the vessel was arrested for non-payment of dues in previous ports.

Most Sky, which arrived at Birkenhead on 7 November, had a number of serious issues, including serious failings in her engine room. The 3,349dwt vessel is owned and operated by Erler Shipping & Trading Co, and was built in 2006 by Zhejiang Hongxin Shipbuilding.

The rew of 12 had not been paid for several weeks, and their living conditions were found to be totally unacceptable, with no oil for heating, water or basic food, and so staff from Liverpool Seafarers Centre visited the ship daily to provide practical support. 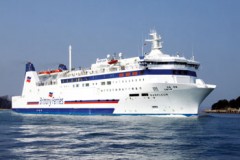