It is believed that joinery and fit-out firm MJM Marine is in discussions to buy Essex-based Pedley Furniture International, which went into administration earlier this year. MJM has already been operating Pedley’s factory under licence and would give the company a bigger presence in the hotel sector. MJM, which specialises in fitting out cruise ships, has already more than doubled its turnover in the last year, up from £12m in 2009 to £25m in 2010. It also recently won a contract to work on two Stena ferries which will sail the Belfast-Cairnryan route. 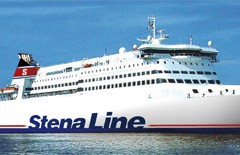